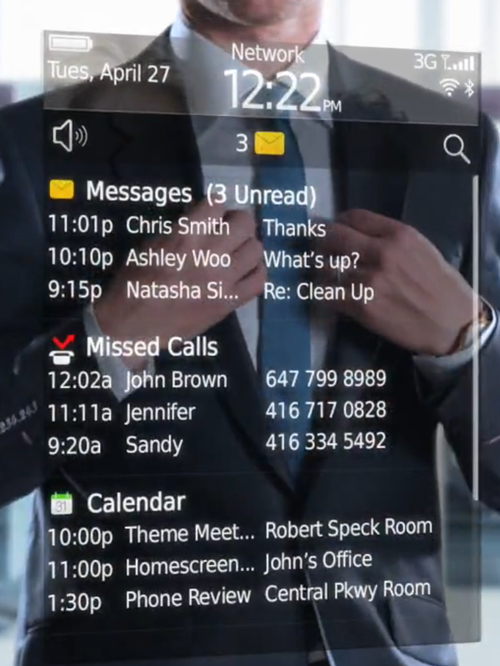 0:58 – The next section brings in Mr. Generic Businessman, CMBA, DBA, MBM, BBQ. He launches into the messages app just by hitting the notification bar. Nice. This could clear out home screen icon real estate by having a dedicated UI element that gets us into messages. After jumping in, the messages app is now broken down into what folks are currently used to seeing in home screens with Today style themes – that is, missed calls, upcoming calendar appointments, and latest unread messages. 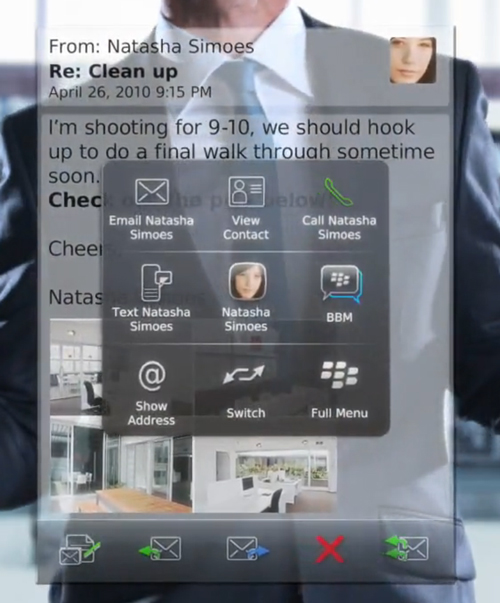 Inside the message proper, you have the usual shortcuts at the bottom to compose, reply, forward, delete, or reply all. Tapping on the sender or recipient’s name brings up some options that again, like the short menus of old, bring up a list of context-sensitive tasks, in this case linked mostly with the address book (like e-mail, view contact, call, text, BBM, or show address). 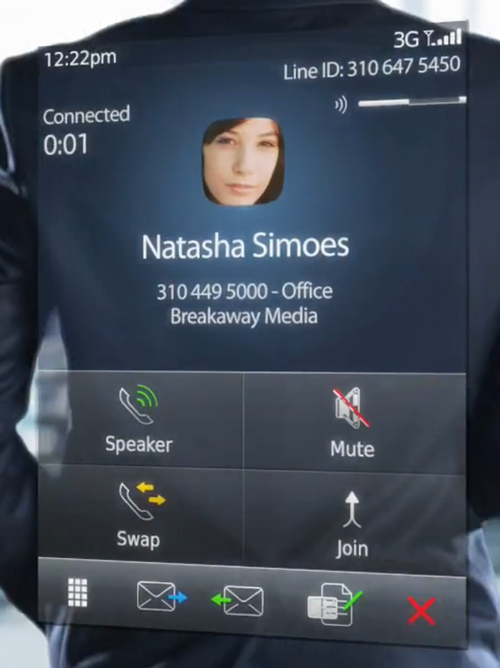 1:07 – The phone app seems to be updated a fair bit. You now have options to join (bring in other callers?) and swap (to a land line?). The usual stuff like mute, speakerphone, end call, take notes, and bring up the keypad is all there. Seems to be two added icons for replying and forwarding e-mails or something. 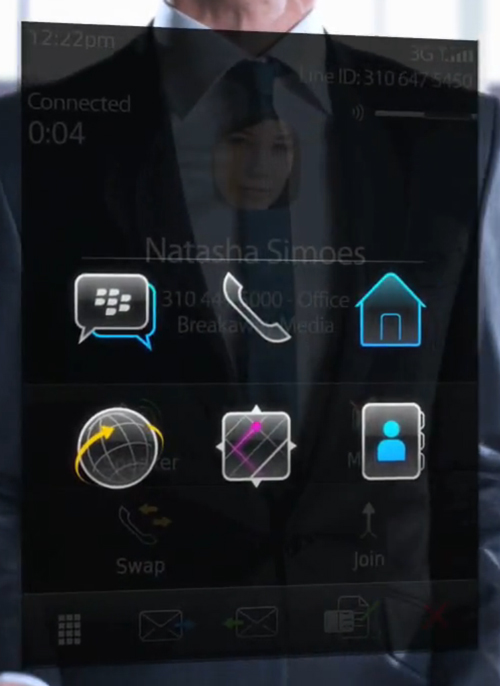 1:11 – Multitasking! Yeah, it’s been in BlackBerry for ages, but it’s getting tidied up a bit. Traditionally, you’d get a strip of icons showing current apps that are open, and it included text, but here it seems that RIM is comfortable leaving it to icons alone until you hover over one. It’s also nice having everything in a 3 x 2 layout, so you aren’t scrolling back and forth trying to find such and such an app. 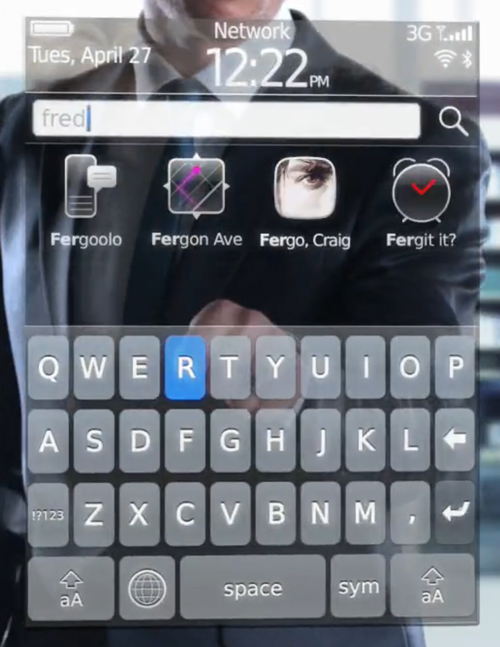 1:16 – Universal search is freakin’ sweet, though pioneered by webOS. Tap the magnifying glass on your home screen, start typing, and results will instantly pop up from throughout your device – including pictures, apps, contacts, messages, web, calendar items and maps. Wait, maps? Yes, that looks like a BlackBerry Maps location. Could RIM beef up BlackBerry Maps enough so that people actually use it instead of Google Maps for Mobile? Man, good luck with that, RIM. 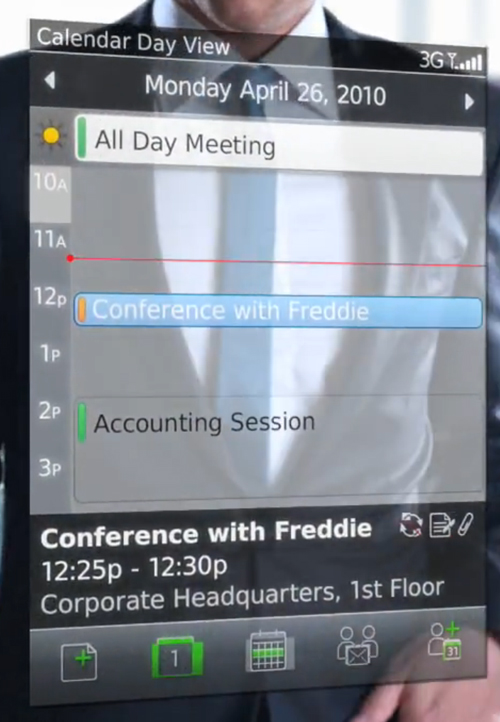 1:20 – The calendar app looks more or less the same. The bottom bar lets you add appointments, change view (to weekly, monthly or daily), and it looks like adding people to appointments or e-mailing attendees.