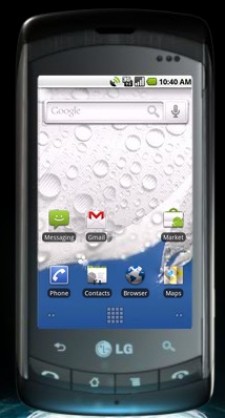 The LG Ally is sure getting a lot of attention right now. Coupled in an advertising marriage of convenience to the movie Iron Man 2, the Ally is surely not an Android smartphone to be missed. Recently, the device’s website has officially gone live, and gives of some more specs in the process. While it’s not the full spec sheet, it’s enough to give us a good clue of what the rest of the device will bring.

So far, we know the Ally sports a 3.2″ capacitive touchscreen, as well as a 3.2 megapixel camera, and a Micro SD slot. It’s also powered by the latest version of Google’s Android OS – Android OS 2.1. The Ally also comes with some pre-installed applications such as Foursquare, Yelp, Shazam, and WikiTude. The full QWERTY slide out keyboard looks nice enough to bang out a lot of emails without getting too annoyed with. We can’t say that about too many Android devices with full keyboards. Whether or not this would be reason to pass on the Motorola Droid is up for debate, since the keyboard gets much easier to use over time, but the Ally looks to be a great alternative when it comes to keyboards.

While the Ally is getting a lot of support from the upcoming Iron Man 2 film, the device is still behind the times. I could definitely see Robert Downey Jr. with an HTC Incredible instead. While we don’t have any specs on CPU on the Ally, I’m finding it harder to believe that it will sport a Snapdragon processor. The surrounding specs, such as screen size and megapixel count are very last generation hardware, and it would be odd to add such a powerful CPU with other, lower-end specs rounding out the device. I could be dead wrong, but there seems to be less incentive to get the device when you can get something like the Droid Eris for cheap, a better UI, and better camera.

The Ally looks like it has a wonderful keyboard, but I don’t know if that’s enough to sway someone away from the Droid Incredible.

Clearwire said Wednesday it would be bringing its WiMax-based 4G to multiple more cities this summer but many people in...