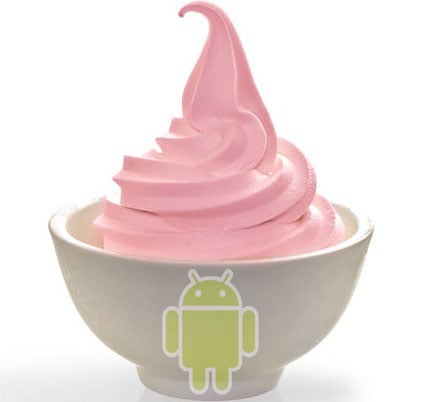 Many people initially believed that the most recent update that was leaked for the Nexus One was the real deal, but it turns out it was not the official Android 2.2 Froyo update. But there’s good news, Google says that Froyo should be officially released “shortly.” But “shortly” could possibly mean anything from a couple days to a couple weeks.

It looks like someone was nice enough to shed a little light on the upcoming update in the Google Android support forums in the “When will Froyo come out?” thread. Romain Guy (Ry Guy) was the one to give some clarity on the subject:

Just dropping in to let you know that the FRF72 build that is floating around is not the official update. The Android team is feverishly working to get a final version out the door, but like passion-ate has mentioned this will only happen once a release candidate meets our quality criteria.
Since today is the Summer Solstice, we know things will be heating up a bit so hopefully Froyo will be on its way shortly. Thanks for your continued patience!

That may be a bit of good news, but all that feverish working still didn’t give Android users their Froyo in the “coming weeks” as Google had initially said. But the official release notes still don’t promise any specific timing as to when, exactly, Froyo will be pushed to Android handsets.
As it stands, you need very little experience to side-load the current Android 2.2 Froyo (leaked) ROMs onto your Nexus One, and the official update probably won’t differ too much. Still, I’m sure people are really wanting to get their hands on an official Froyo update for their Android phone of choice, especially in the wake of iOS 4 being released yesterday.
So to summarize the current state of Froyo – it’s due to hit Android smartphone in time, but that time is not now. I’m definitely loving Froyo at the moment, but having had it since it was first leaked, I’m really ready to see some Gingerbread on my plate. That’s another story altogether…
[Via: Android Police]
Share on Twitter Share on Facebook ( 0 shares )