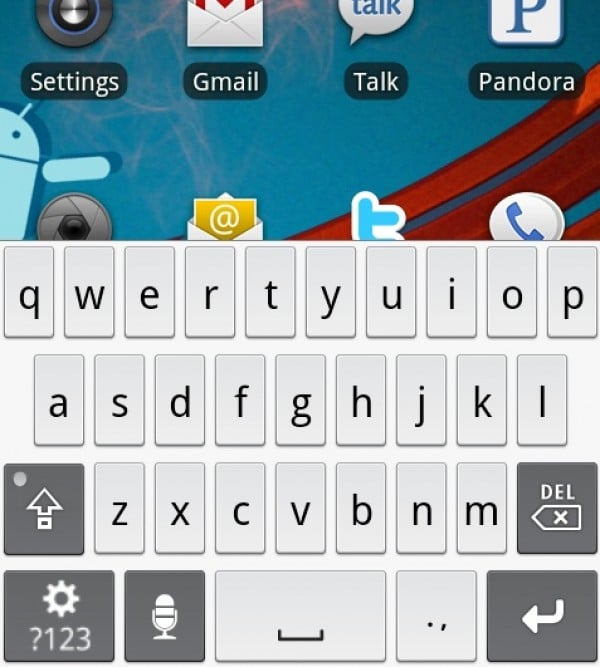 Multitouch keyboards are not a new concept, but they do seem to be lacking when it comes to Android. The Droid X does indeed sport such a keyboard, but you can opt for Swype if you’d prefer that. Looks like those crazy devs have done it again, and have gotten the Droid X’s multitouch keyboard to come out and play with all the other Android 2.1 phones.

For those who are not exactly sure what’s so special about a multitouch keyboard, it’s simple: The keyboard can register more than one key press at a time. So, if you wanted to get a capitalized letter, you can hold down shift, press the letter, and the keyboard will recognize that you want that letter capitalized. It can also help you type quickly because you can press the next letter you want to type at the same time and the software is intelligent enough to discern the order.

It’s a more natural feel when typing on a multitouch keyboard and it’s much faster if you really get going on it. You don’t need to have your phone rooted to get the keyboard on your device, but you do need to be on Android 2.1. I tried to get this on my Nexus One with Froyo, and it sadly forced closed every time. I’m sure Nexus One users won’t have much longer to wait, we’re kind of spoiled like that.

Why there aren’t more Android keyboards like this is beyond me, but it’s nice to see one actually exists and that more than half of Android users can make it their default keyboard now. I’d love to see some sort of custom kitchen for it, like we’ve seen for the HTC keyboard, but that took a while to come out.

Something tells me once people start using this and showing it off to other Android users, the demand will be there to get it available to everyone. Hell, as far as we know the devs are already hard at work making it compatible with as many Android version there are out there.

Leave it to the Android devs, they’ve got your back.

The Mobile Roundup – The ‘iPhone 4 is here’ edition

It's finally here. Yesterday was the launch day for Apple's iPhone 4 and it has been selling like gangbusters. Normally,...