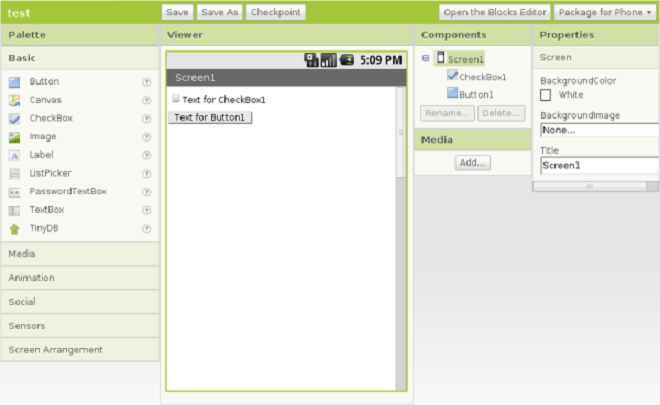 Google is looking to make it easier to create mobile programs for Android and its just-launched App Inventor makes it simple to create programs with little, to no experience.

The new development tool has been in work for over a year and it essentially creates a drag-and-drop interface for mobile program development. This doesn’t mean these programs will be wimpy though, as programs created with the Inventor tool can include GPS, have full access to SMS and more.

You can build just about any app you can imagine with App Inventor. Often people begin by building games like WhackAMole or games that let you draw funny pictures on your friend’s faces. You can even make use of the phone’s sensors to move a ball through a maze based on tilting the phone.

But app building is not limited to simple games. You can also build apps that inform and educate. You can create a quiz app to help you and your classmates study for a test. With Android’s text-to-speech capabilities, you can even have the phone ask the questions aloud.

To use App Inventor, you do not need to be a developer. App Inventor requires NO programming knowledge. This is because instead of writing code, you visually design the way the app looks and use blocks to specify the app’s behavior.

To use the new tool, you have to sign up for the service.

The Android store has about 70,000 programs but it is experiencing massive growth. Apple’s store has over 200,000 programs and the momentum is still strong. Will Google’s new tool be enough to help the Android Market catch up to the Apple?

It’s too early to tell, as this just launched today. Some of the demo programs built with Google’s new development tool show promise but none really knock my socks off yet. Let’s give it some time, though.

Check out this official video below for more details on the new Android development tool. If any IntoMobile readers use this tool to create an Android program, let me know at marin@intomobile.com.