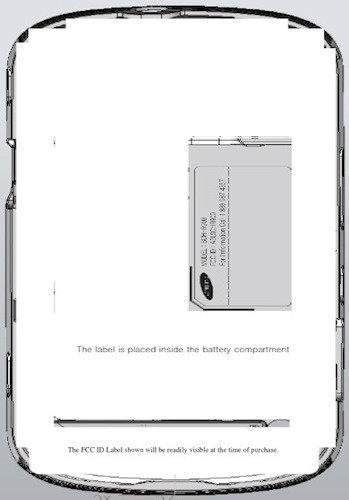 download speeds that are an order of magnitude faster than what anyone has seen before. We’re talking upwards of 50 megabits per second, and in some countries over 100. Verizon is due to launch their LTE network, the first on America’s shores, by the end of this year. We haven’t really heard what devices are going to be available at launch, but have instead been told to wait until the Consumer Electronics Show that takes place in Las Vegas every January to see a smorgasbord of phones and tablets. Another wireless operator, MetroPCS, has also promised to launch LTE by the end of this year, but no one is really paying attention to them since they’re the tiny guy.

Back in March, when MetroPCS made their promise to light up an LTE network by the end of the year, they specifically mentioned one handset they’ll have at launch: the Samsung SCH-r900. They didn’t release any specifications, or mention whether or not it was a smartphone, but they said it would be the world’s first dual mode LTE/CDMA handset.

I’m happy to say that the SCH-r900 just passed through the FCC, meaning it isn’t vaporware. From the image above I’m hesitant to say it’s a touch screen device. It looks wide enough to be a messaging phone. If that’s the case … then why bother sticking LTE inside? Here’s hoping I’m wrong.

In other LTE news, a Verizon LTE USB dongle (or modem if you will) manufactured by LG is in the wild and has been photographed. It’s … boring to look at, but we can’t wait to get our hands on it and see what sorts of download speeds and latency figures that black shiny piece of plastic delivers. Low latency is another one of the added benefits of LTE. Johan Wickman, Head of R&D at TeliaSonera, the Swedish operator that launched the world’s first commercial network, told Light Reading in June that users have been “wowed” by how instant things happen over LTE. “They click and it happens, with very little delay,” he added.

We want to be wowed dammit!

If you've been thinking about getting yourself a new Verizon phone is either considered a "3G Smartphone" or a "3G...