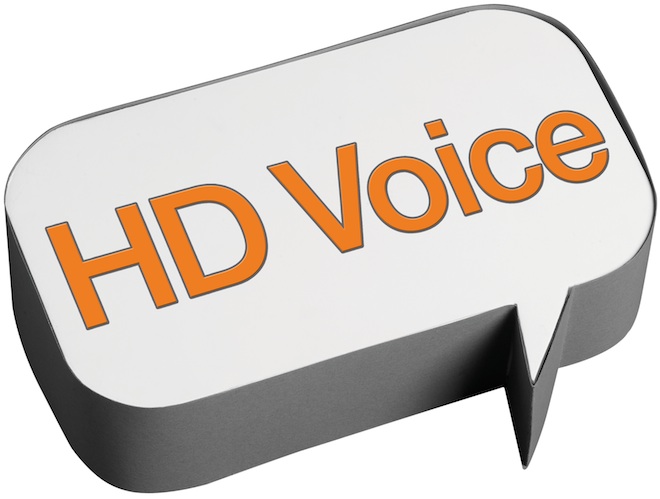 The phone call, the simplest of services that operators sell to feed their children and expand their networks, got a huge upgrade today courtesy of Orange UK who just announced that they’re launching HD Voice. The tagline “HD Voice” is nothing more than a marketing gimmick that latches onto the High Definition hype that’s been going around these past few years, but what “HD Voice” really is, to put it into technical terms, is an adaptive multi-rate wideband codec.

Here’s some numbers for you to wrap your head around. A typical mobile phone call transmits sound at 6.6 kbps and only supports a frequency range of 300 to 3400 Hz. With HD Voice those numbers shoot up to 23.85 kbps and a frequency range of 50 to 7000 Hz. To quote the boys at Engadget, who were lucky enough to test the service, it’s “like jumping from a bad FM radio broadcast to some sweet CD audio”. Check out the video below to get an idea of the increase in quality.

Now like all new technologies, not everyone can take advantage of it. The only mobile phones on the market that support HD Voice are currently the Nokia E5, X6, 5230 and Samsung Omnia Pro, but even then those devices need to be flashed with a custom firmware that enable the service. That and this whole thing only works over 3G, so if you’re in an area that only gives you EDGE internet access … you’re out of luck.

It’s going to be quite a while until you and I are making HD Voice calls. There’s the issues of operators building out a wide enough 3G network, then capacity issues that have to be addressed thanks to the army of people new to smartphones, browsing to their heart’s content. With voice usage on the decline though, will clearer calls reverse that trend? I don’t really think so. Voice calls, whether they sound like the person was right next to you or talking to you via two tin cans on string, interrupt whatever it is you’re doing and requires your full attention. There’s a reason SMS adoption keeps on growing, and growing, and growing, and why RIM could care less that people are calling their operating system a bit old in the tooth. They do email and SMS better than everyone else.

Orange to launch a £200 Android tablet by end of year

Orange seems to be looking at the prospects of today's tablet computers with great interest. The France Telecom-owned operator is...