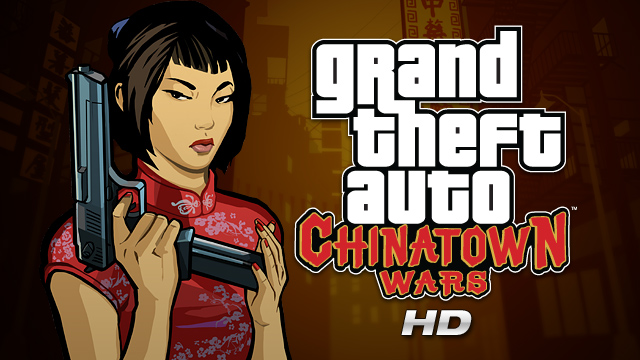 It looks like Grand Theft Auto: Chinatown Wars HD needed more than a couple of weeks for it to hit the iPad. In fact, it needed nearly 3 months of additional time. No matter as the wait for the game is finally over as Rockstar Games has announced its availability on the App Store.

Let’s just say you own Grand Theft Auto: Chinatown Wars for the Nintendo DS, PSP, and iPhone. Why on Earth would you even consider buying the same game on a completely new platform to play through the same missions you’ve already played through three times before. Well, first of all, I commend you for having enough spare time in your life to play Grand Theft Auto: Chinatown Wars three times on different platforms. Second, you need to get the game on the iPad because it’s probably the best looking version of the game on any of the already released versions as the additional space on the iPad and enhanced graphics make the game look gorgeous.  I know, I know, that’s usually the selling point for all iPad games, but you need to check out the screenshots posted below in the gallery as they certainly made me a believer by how improved the graphics are in Grand Theft Auto: Chinatown Wars HD.

If you are among the few who haven’t played Grand Theft Auto: Chinatown Wars on any of the above mentioned platforms, then there’s absolutely no reason why you shouldn’t plunk down your hard earned $10 for this version of the game.  The game has multi-touch interface controls, 50 missions with even more side missions, adjusted difficulty settings, and Independence Radio, which is a radio station that you can tune in to that you can set to play music from your iPad. And don’t forget all of the goodness that usually comes with a Grand Theft Auto game which includes beating up random strangers, carjacking, and scratching lottery tickets!

iOS 4.1 has been in the wild for almost 24 hours and folks are reporting their good, bad or indifferent...