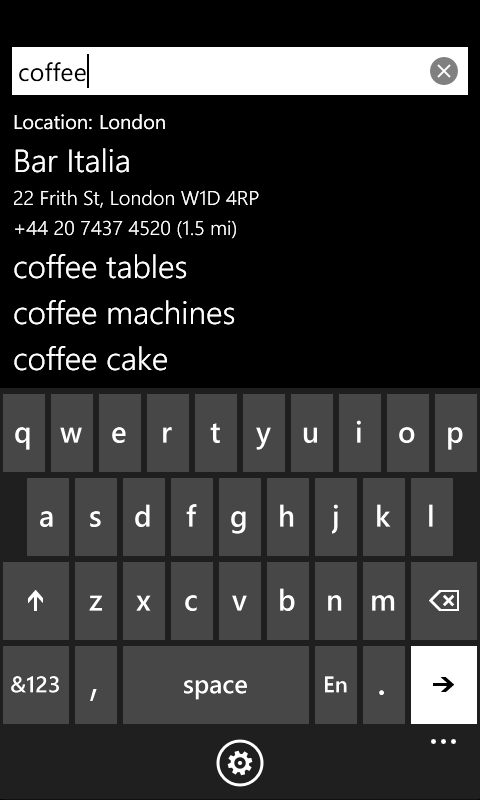 Today is Windows Phone launch day, and all of the carriers, app developers, and handset manufacturers are tooting their respective horns. Google is no exception, as they have announced a search app for Microsoft’s brand spanking new mobile OS. Google Mobile for Windows Phone plugs into the native GPS to provide location-relevant results, as well as offer suggested queries as you type. That’s not quite instant search results, but it’s a good start.

Google mobile apps are on just about every mobile platform, Android and otherwise, but they might butt heads with Microsoft when it comes to things like search. Bing is such a huge and new property that really needs to establish itself on Windows phone, but if Google is open enough to let Verizon completely replace the native Android Google search engine with Bing, one would think that the good will would be reciprocated. There are a few other areas where the two companies are also in competition, like instant messaging, maps, and social networking, but none of those seem to be especially high profile right now. That may change as either side gets dug into the next generation of Windows on mobile.

There’s no sign of the Google app showing up in the Zune marketplace just yet, but if you’ve made the jump and got a Windows Phone, it should be there soon.

The HTC HD7 is the only Windows Phone 7 device for T-Mobile, and it just so happens to be the...