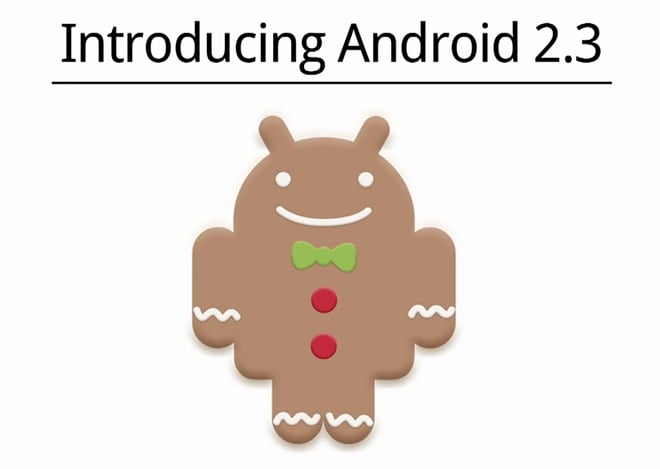 Today Google announced the Nexus S by Samsung, and it’s coming December 16 as the first Android 2.3, or Gingerbread, device. We’ve seen and heard plenty about the new platform, but today Google released the SDK for Android 2.3 and it gives us a better look at what we can expect from the next iteration of the platform.

First, the UI is getting cleaned up a little bit and refined. Things like a new and improved keyboard ought to help the overall experience of Android along with the making the fluidity of navigating the OS a little easier. Perhaps one of the biggest things is Gingerbread’s support for larger screens or tablets, which might make some of you Galaxy Tab owners anxious for an update.

Google says, “The platform now supports extra large screen sizes, such as those that might be found on tablet devices.”

Another big feature is NFC, or Near-Field Communications, which is going to be a pretty big deal in the coming years for mobile devices. Making mobile payments and other transactions just by placing or passing your phone near a transmitter or receiver is an exciting new technology for us mobile geeks.

Additional perks and features include better battery management (most certainly going to be a boon to Android users), better download management, Internet calls over SIP (Session Initiation Protocol) and even smaller things like audio management through an equalizer control for specific songs or global settings.

Just last week we talked about our expectations for Android 2.3 – Gingerbread – and whether we might be left waiting and wanting Honeycomb instead. So far, it seems like Gingerbread is a nice and much needed advancement of 2.2 Froyo in terms of cleaning up the OS and its UI along with some neat features here and there. Of course, the support for tablet-sized screens is a huge deal and could mean a sudden and dramatic influx of Android tablets. Manufacturers like Lenovo and LG have made it clear that they waited to build an Android tablet because it wasn’t quite ready for the big screen just yet. And now it is.

To see what else we can expect from Android Gingerbread via details in the SDK, check out the link below.

Helio subscribers may get cash from class-action lawsuit

This post is a little self-indulgent, as I know not many of you had the pleasure and pain of being...