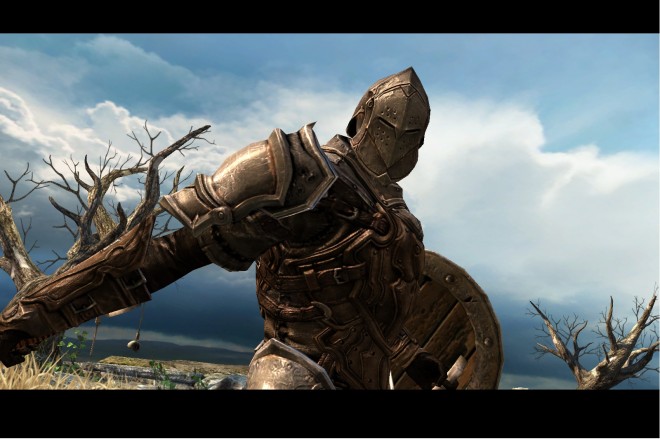 Ever since Epic Games revealed Infinity Blade (previously called Project Sword) during Apple’s iOS 4.1 press event, we knew it was going to be a special game. Not only because it’s being powered by Epic’s Unreal Technology, but because ChAIR Entertainment is known for delivering some pretty amazing games. Epic Games gave us a taste of what to expect in terms of Infinity Blade’s graphics when they released Epic Citadel, but the time is finally upon us where we don’t have to rely on a tech demo to get an eyeful of what the iPhone & iPad are capable of. Infinity Blade is finally here and it is even more glorious than we originally anticipated. 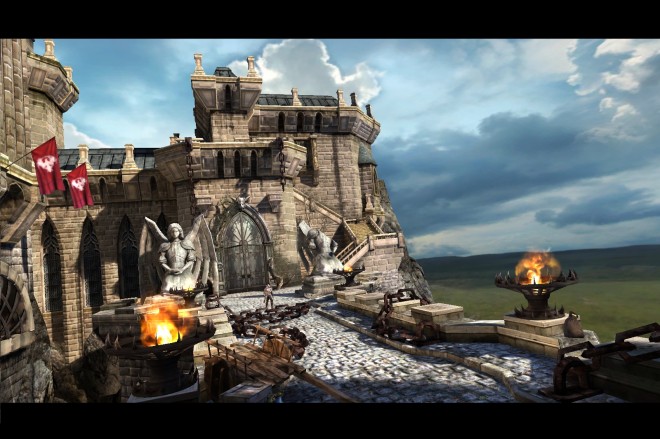 The first thing you’ll notice as soon as Infinity Blade starts is how absolutely gorgeous the game looks. The reflection off the floor in the God King’s throne room catches the eye, the walls have a high amount of detail to them and look ready to crumble, and each character’s armor and weapons look amazingly detailed. Once you are outside of the castle, you’ll be able to see how detailed the God King’s castle looks, especially with the sun beaming down on it, which you can catch a sun flare depending on your angle to it. I could go on and on about how many points of graphical interest there are in the game, but you’ll just have to see it for yourself.

When it comes to navigating through Infinity Blade, I like to consider it a part-on-rails experience. You won’t have complete freedom over your character as you’ll instruct him to move from one point to another by tapping on blue orbs that indicate your character can navigate to that area, manipulate an object, or battle an enemy. You’ll be able to look around to either take in all of the beauty this game has to offer, pick up randomly hidden gold or health potions along your adventure, or to find other paths that can be taken. 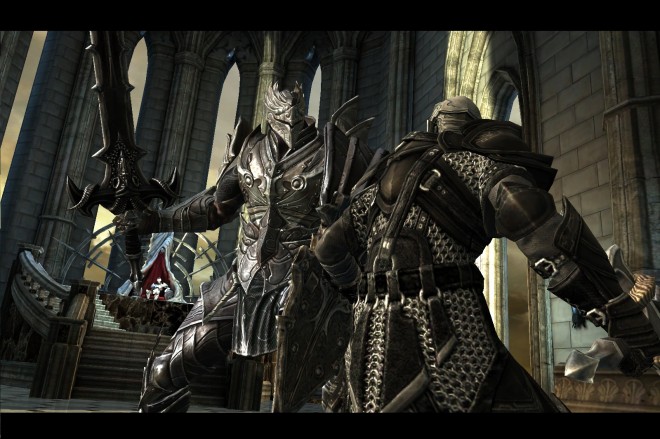 Combat in Infinity Blade is fast-paced and addictive as you’ll block incoming attacks with your shield, deflect them with a parry, or outright dodge them. Since the enemies you’ll be facing are either big, hulking beasts or quick, experienced assassins, you’ll need to stay on your toes as no two encounters are alike. Most of the combat will require you to block, parry, or dodge attacks in order to look for an open shot to attack your enemy with a barrage of sword attacks. Your character is also able to use magic attacks, which require you to draw a magic spell on the screen, or use a special attack which dazes your opponent momentarily. Both the magic and special attacks fill up when you either get hit or connect with a hit.

As you defeat opponents, you’ll gain experience on your character as well each part of your character’s gear that is currently equipped. When your character reaches the next level, he’ll be given two points to improve his health, strength, defense, and magic. He’ll also receive an additional point once he masters a specific piece of gear. In order to obtain new gear, you’ll either need to find some through defeating enemies, searching treasure chests, or by using your hard earned gold to purchase some from the shop. The shop can be accessed any time during the game and items can be mixed and matched at any time as well. Each piece of gear has either bonus attributes that will improve your character’s stats once equipped, offer special access to certain spells, or will give your character a bonus attribute such as additional XP when killing an enemy, or more gold will be available for pickup during your adventure. 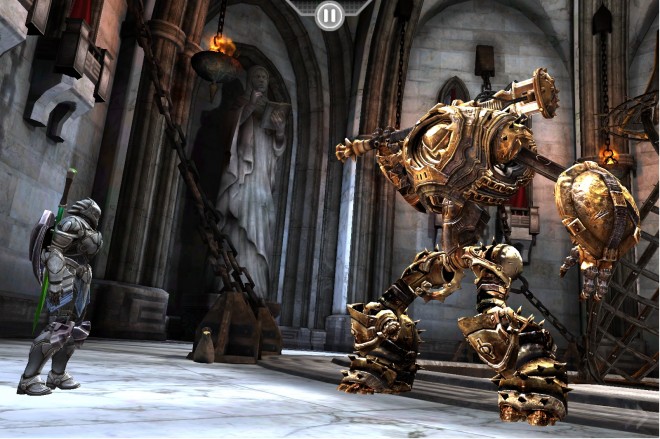 When you make your way through the God King’s castle, you’ll come face to face with the being himself. The God King is much quicker than any of the enemies you’ll encounter before him, so your first engagement with him will most likely be a complete loss. You’ll soon learn that Infinity Blade isn’t a sprint, but more of a marathon. You’ll need to fight a number of enemies in order to upgrade your character and equipment. Once you’ve got a number of wins under your belt, then you just might be able to take down the God King, that is, unless you decide to take part in the alternate ending.

FINAL THOUGHT: Infinity Blade means so much for mobile gaming as a whole. Not only does it bring a well established publisher and developer to the iOS market, but it will also raise the bar for other companies as to what is possible on a mobile platform. It’s an incredible game to not only stare at for hours on end, but its gameplay mechanics and storyline are one of the most unique I’ve seen in a long time.

Is it too easy for kids to go on spending sprees with iPhone games?

The Associated Press has an interesting story which may make you think twice about handing over your iPhone or iPad...