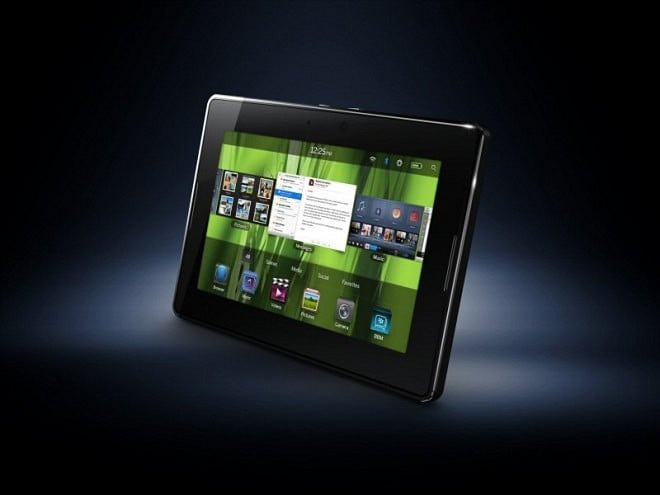 Research in Motion didn’t want to be one-upped by the Motorola Xoom, so the company just announced that it’s upcoming PlayBook tablet will have 4G capabilities thanks to Sprint and its WiMax network.

“RIM believes a significant portion of the tablet market will want a higher performing, multitasking, professional-grade tablet and that is why we chose to design the BlackBerry PlayBook for premium performance with a powerful dual-core processor and multitasking OS. Together with Sprint, we are now building on that performance advantage with 4G and providing an unparalleled mobile experience for users,” said Mike Lazaridis, President and Co-CEO at Research In Motion, in a prepared statement.

Unfortunately, we still don’t know how much the BlackBerry PlayBook 4G will cost or when it will be released, as RIM is still sticking with its “early 2011” line that we heard when the device was first announced.

The BlackBerry PlayBook 4G marks the first tablet for Sprint which can utilize its next-generation mobile data network. The company already offers the Samsung Galaxy Tab with 3G only but we’d expect it to introduce many more in order to keep up with the Joneses.

The BlackBerry PlayBook 4G may get lost in the tablet frenzy that we’re in but the device could be a stellar tablet. It has a dual-core 1 GHz processor, multiple cameras, a new QNX operating system, full Adobe Flash capabilities and all the features you’d expect from something of this class.

We need to see it though, but we’re remaining cautiously optimistic about how this device will fare against the slew of competitors.

Looks like Verizon won't be the only one kicking of CES 2011 with a 4G Honeycomb tablet. T-Mobile confirmed that...