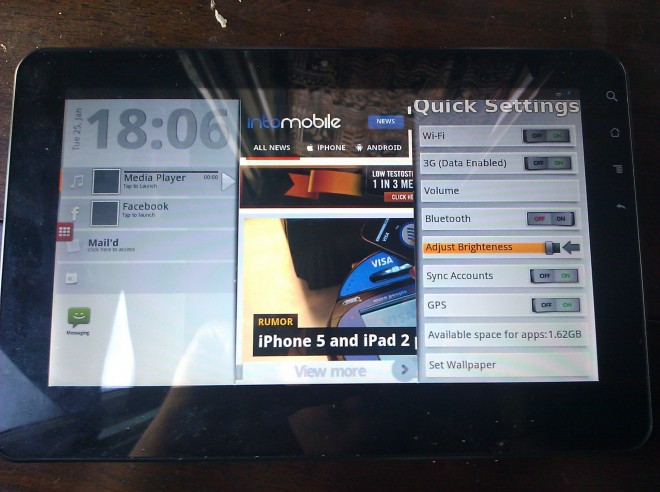 First off, let’s give Notion Ink a big welcome to the world of Android. With Adam tablets actually shipping now (and bricking themselves after updates), Notion Ink probably never even thought about someone taking their precious Eden UI and porting it to another tablet. Well, that’s exactly what has happened. You can now install the Eden UI on a Viewsonic G tablet right now.

Like I said, welcome to the world of Android.

I was pretty excited about the Adam for some time, but the company simply took to long to deliver the goods to market. Their attempt at being mysterious (replicate Apple?) just got irritating after a short while. Needless to say, my interest began to wane long before the tablet went live.

To make the launch delays worse, Notion Ink essentially missed out at CES, only showing off their tablet to select blogs. If you’re proud of something, shouldn’t you act like it? Then when the tablet started shipping, the first software update reportedly ended up bricking the devices.

Phew. I dodged a bullet by not buying this thing. Below is my account of hacking my Viewsonic G Tablet with the Eden UI.

I eventually got tired of waiting for Notion Ink to deliver on their promise of an incredible Android tablet, and once I saw the Eden UI, I knew I didn’t want anything to do with it. Not because it’s bad, (although it is in many ways), but because it’s just too heavily customized, which takes away from the Android experience. At least, that’s what I thought when I saw the videos of the UI. I eventually gave up and purchased the Viewsonic G tablet, which also comes with a very bad UI on top of Android 2.2, but luckily there are multiple developers working on ROMs for the tablet, some of which are Android 2.3 based.

Then, I caught wind of this Eden UI port over at XDA. I knew I might as well try it to see if Eden is actually as bad as it looked on videos. So, after following the instructions to get the Adam’s UI hacked onto my G Tablet, I finally got a chance to see what the Adam was all about. Unfortunately, my experience was not much better than what I had anticipated from the previously posted videos.

After playing with Eden for a while, I’ve come to the conclusion that, in some ways, it’s better than the videos. In other ways, though, it’s just as bad as we’d thought. The UI is simply too much, and not enough, all at the same time. There’s quite a learning curve to Eden, and it lacks any of the look and feel of Android that we’ve come to expect from the Google mobile OS. For what it’s worth, even with this buggy alpha ROM, Eden runs smoothly. That said, this ROM is intended more for those who just want to see what Eden is all about rather than completely replacing their current software.

Since this is an alpha ROM, not everything is working. Adding too many panels can result in a force close of Eden, and there are reports that it’s impossible to even install the ROM. The internal SD card on the on the G tablet can become corrupted, and you’ll have to format it to get it back to working order. If none of these things bother you, hit up the link below and see what Eden is all about.

All in all, I’m glad I went with the G tablet, as I’ve already been able to install some blazing fast Android 2.2 Froyo ROMS, Gingerbread ROMs, and now, the Eden UI. While Eden may not be for everyone, it’ll get much better over time. If anything, it’s something different and refreshing, and I’ll be interested to see how the ROM performs after some devs really get working on it.

Wanna give it a go? Hit up this link! 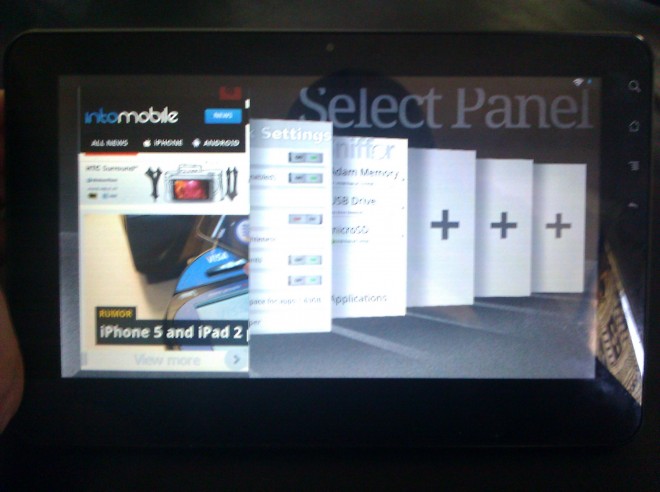 Why Sony Ericsson decided to make the Xperia arc name in lower case letters, I'll never know. What I do...