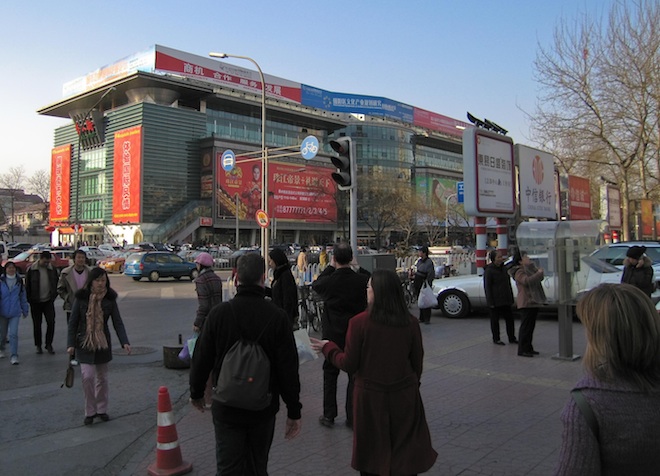 When you were a child you probably played with Lego bricks and constructed small scale versions of cities you dreamed of visiting one day as an adult. Some of you also played SimCity and did the same thing. Whatever method you went about creating your fantasy metropolis, that urge to build, plan, and organize an ecosystem that people would inhabit is one that’s extremely powerful and today there are only so few who are lucky enough to be in charge of urban planning. To build a better city you need to know where people like to hang out, where they work, how they’re using the public infrastructure that’s already in place, and actually ask the people what they’d like to see happen to the village they call home. China is going to do just that with the 17 million people who live in Beijing according to The Next Web, and they’ll do it by tracking mobile phones. Now some may take this bit of news and twist it as some modern form of oppressive communism behavior, but Japanese operator NTT DoCoMo has said, back in September 2010, that they’re going to do the same thing.

When you think about it, who better knows the activities of the people than the operators? No one really turns off their mobile phone, and they always keep it on their person, so why not use that valuable data when trying to decide where to build a new subway stop, where to put a new shopping mall, which cultural sites need to be advertised more to tourists, and where infrastructure is being either under utilized or highly strained? Li Guoguang, Deputy Director of Social Development, says the immediate benefits of monitoring mobile phones will be reduced traffic congestion and real time, publicly available updates, better informing citizens of which public transportation routes they should take.

Like all other technological innovations there is room for abuse, but China is looking to grow, and so far they’ve been doing a pretty damn good job.

Sprint: If we do decide to go with LTE we can cover America by the end of 2013

Sprint is America's third largest operator and one of the few who still uses CDMA technology for voice and data....