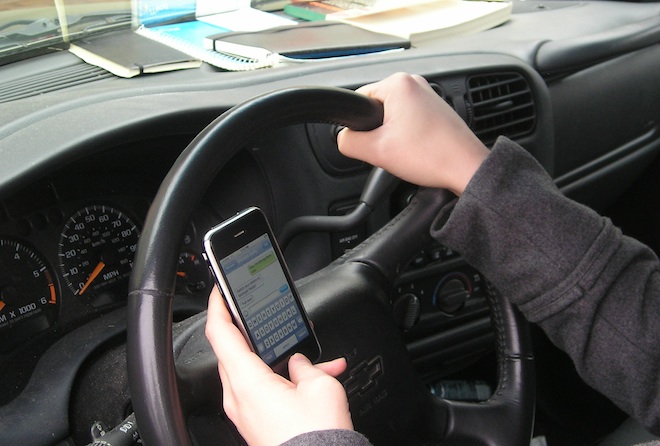 Insurance firm State Farm, in an informal survey of 912 licensed drivers performed in November 2010, found that 19% of respondents say that they browse the web at least once a week while driving their car. If that figure isn’t bone chilling enough they also found that 74% of people take and make calls while driving and 34% have their thumbs busy with text messages, and this is again, at least once a week. What does this say about road safety in America? How important is clicking “like” on a witty status update your friend left on your Facebook wall versus not trying to plow into a tree?

And it gets worse: “That 19% might be underestimating the actual use of smartphones to access the Internet while driving, because the majority of the respondents were in the age range of the 30s,” says Cindy Garretson, Director of Auto Technology Research at State Farm. “The largest users of cellphones tend to be the younger-age population. We would be very interested to know what that number would be if the focus was on the young adult market.”

One of the respondents, 38 year old Sean Black, admits that he checks sports scores and that he knows what he’s doing isn’t the “smartest thing in the world … but I guess I just do it anyway.” Why? The classic “you just don’t think anything’s going to happen” response, because most people somehow thing they’re better than other drivers and less prone to error. Dakota Woodward, a 16 year old from Florida, nearly got into a wreck while fooling around with Facebook. He now says he doesn’t look at his phone anymore, yet he maintains the view that his generation is hyper connected and that they “need to keep in touch all the time.”

Really? Just put the damn phone down. It takes less than 30 minutes to get to your destination, how hard is it to stop fiddling with your phone for 30 damn minutes?!

Augmented reality is getting adopted by a growing number of companies which either integrate AR features into their iPhone and...