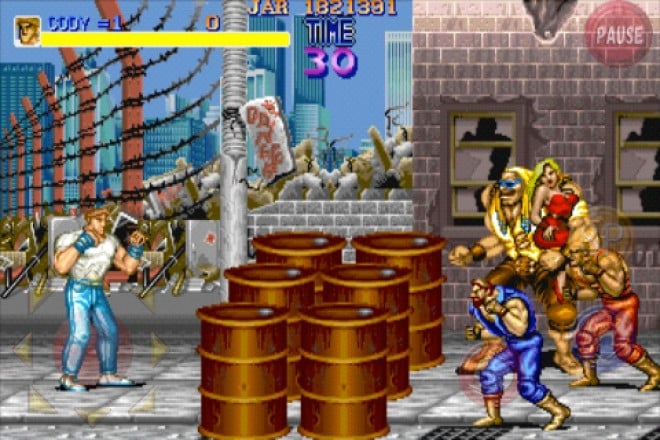 Last November, Capcom released a free app called Capcom Arcade that brought some of the company’s classic arcade titles to the iOS platform. When the app was released, there were only a handful of games available such as Ghouls ‘n Ghosts, 1942, Street Fighter, and Commando. That’s a great Capcom line-up if you ask me, but today’s update has got me really excited as 1943 and Final Fight have been added into the mix.

If you haven’t played around with the app, here’s a quick rundown of what it’s about. Every day you access the Capcom Arcade, you’re given three tickets that allow you to play one of the arcade machines within the app. Once you run out of your three free tickets, you can choose to purchase tokens that will allow you to play the arcade machines, or, you can purchase the each arcade machine and have unlimited plays with them. To celebrate Final Fight and 1943 being added, each Capcom Arcade game can be purchased for $.99 via in-app purchase.

The Capcom Mobile app is a great way to relive the glory days of playing your favorite Capcom arcade machine at the local arcade. The app has a nice selection of Capcom arcade titles and I’m sure Capcom is working furiously to make even more of their titles available within the app. I’m hoping the cult classic ‘Dark Stalkers’ eventually makes it into the app, but I guess we’ll just have to wait and see.

Microsoft's MIX conference is just a week away and rumors suggest that we'll be seeing a new version of Silverlight...