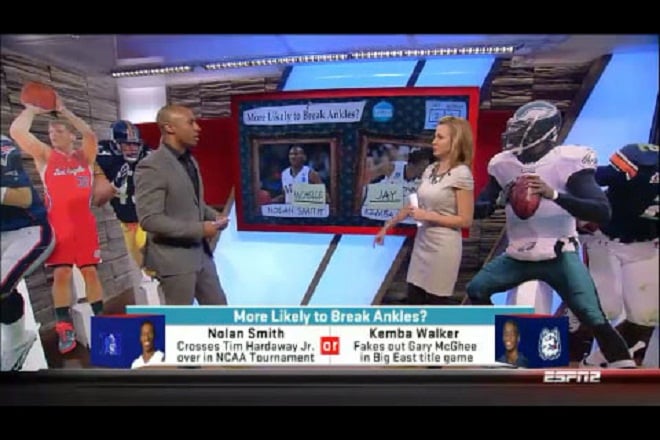 The WatchESPN iOS app has just been released and it gives you access to live TV on your iPhone, iPad and iPod touch.

For those of you wanting to cut the cable cord, this isn’t going to be your salvation because you still have to be a subscriber to Time Warner Cable, Bright House Networks or Verizon FiOS TV (I’m on Comcast, so no love for me). If you’re a subscriber to one of these, the WatchESPN iOS app will give you live access to all of its content on ESPN, ESPN2, ESPNU and ESPN3.com.

“Innovation continues to drive ESPN,” said George Bodenheimer, president, ESPN, Inc. and ABC Sports, in a prepared statement. “When we launched in 1979, nobody envisioned a day when people would carry ESPN in their pockets. But here we are. And we’ve reached this watershed moment for the industry through tremendous collaboration with forward-thinking partners.”

It’s an interesting move from the sports powerhouse but it’s not the bold, game-changing move it would have been if it offered access if you weren’t a cable subscriber. I get it: cable companies pay the sports network billions, so it doesn’t make sense to give this away but I’d probably pay about $50 a year just for ESPN access on an iOS device.

We’re in the middle of a sea change directly related to the iPad and mobile devices. Time Warner Cable recently released an iPad app which only gives you live streaming TV if you’re on your Time Warner Cable-approved modem and it’s still under fire from content providers.

Eventually, the channels may bypass the cable providers entirely and sell directly to consumers. This a la cart pricing model has been opposed by cable companies for years but I don’t know if it can be stopped if the tablet market continues to grow.

You can check out the WatchESPN iOS app here (iTunes link).

For the less technologically adept, the thought of jailbreaking an iPhone, iPod touch or iPad might be a little intimidating....