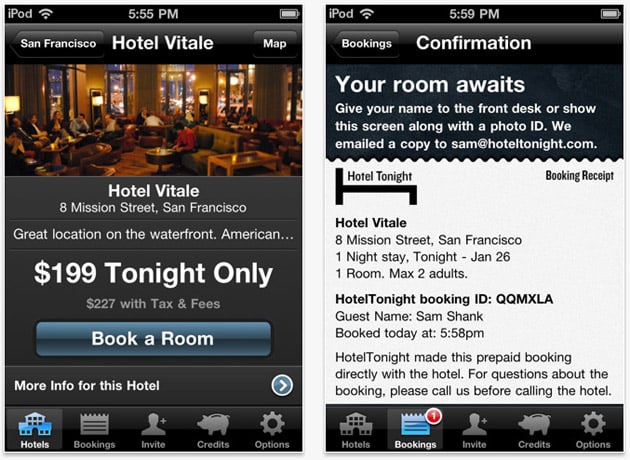 HotelTonight, the popular last-second hotel booking app we’ve already covered in January, has been updated with the feature that allows travelers to extend their stay up to four additional nights (for a possible total of five nights). Apparently, this was the most requested feature by HotelTonight users and extends the app’s reach to a broader group of people, like last-minute business travelers.

In addition, the company has also announced expansion to Seattle and Miami, adding to its existing cities of New York, Los Angeles, San Francisco, Chicago, Boston and Washington, DC.

During the first two months in the AppStore, HotelTonight’s iPhone app has been downloaded by more than 250,000 people, which is a pretty impressive figure. The reason for this almost overnight popularity could be found in the fact that everyone who downloads HotelTonight receives a $25 credit toward their first booking. Nice incentive, don’t you think?

Chillingo has teamed-up with Monster Media to create two interactive displays that showcase Cut the Rope in a new way....