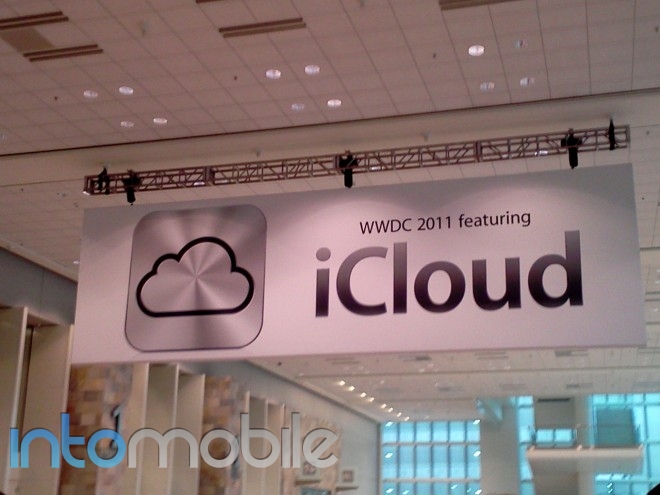 [Update] The live blog is over and it was wild with new features shown off of Lion, iOS 5.0 and iCloud. You can view the entire keynote on Apple’s site.

We’re just a few minutes away from the opening WWDC 2011 keynote and Steve Jobs is set to show off iOS 5.0, iCloud and more. Unlike most other years, it’s not clear if we will actually see the next version of the iPhone at the keynote but you never know what the “one more thing” could be.

We generally have an idea of what the next version of iOS would look like by this point but the delay and the prominent placement at WWDC 2011 indicates that this could be a major revamp. It could be such a major revamp that iOS 5.0 may not work on the iPhone 3GS. We’re hoping for a revamped notification system and rumors also indicate we’ll see some serious voice technology baked in.

The WWDC 2011 keynote will also show off the iCloud service which has only been described by Apple as an upcoming cloud service. The reports indicate that Apple has secured deals with multiple music labels and publishers to enable an online iTunes service which enable iOS users to get access to their tracks anywhere there’s an Internet connection. The specifics about whether you’ll have to upload tracks or will be able to share other type of content will remain to be seen.

While it’s not necessarily mobile, we should also be seeing more details of the Mac OS Lion, which is the next generation of the desktop software. Considering that many features of iOS have eventually found its way into Mac OS (and vice versa), this should also be of interest.

There’s also a chance the WWDC 2011 keynote will also see Steve Jobs showing off the next iPhone but I won’t be holding my breath for that. I’ll be live blogging my behind off giving you the latest and we’ll hopefully get some hands-on time as soon as possible. We’ll be taking your comments too, so you should follow along.

The keynote is scheduled for 10 a.m. PST but you know we’ll be there earlier. I’ll be taking your questions while we wait.

Apple's Worldwide Developer Conference is kicking off today, where they'll be unveiling the next version of the iPhone and iPad's...