For the last few years mobile innovation of the conventional form factor and layout of a phone has not changed very much, but today a new LG device (possibly the Optimus Android slider we’ve been hearing about) will change that up a bit. LG fitted a color display between a split QWERTY keyboard, which hosts quick launch shortcuts to Android applications. The top screen looks like the usual 3.8-inch WVGA display we see on a lot of QWERTY devices that run Android, but again, details on this phone are very limited at this point.

This phone was seen playing hide and seek amongst other mobile devices at a UK event held by Orange. The T-Mobile logo in the front makes me question why this wasn’t at a T-Mobile event; obviously this one is a party crasher.

Now the bearer of this device is a company called Kineto Wireless and they came with more than just this bad boy. They had other unannounced devices and apparently they are all destined for the US market. They called this phone the Flip II, which is weird because I’ve never heard of a Flip I and this doesn’t even flip. We aren’t here to question LG’s name choice, but this looks like a solid device for multi-taskers that need a quicker way to switch between their applications. 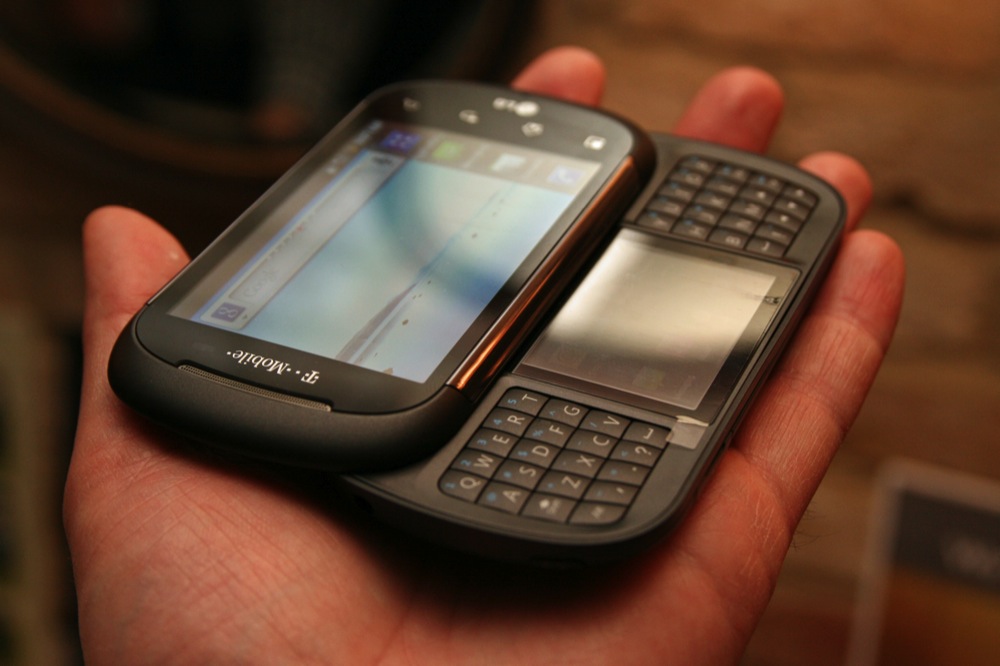 Yahoo! goes back to their roots, launches iOS and Android apps to help you find apps to download

Before search engines were invented there were these things called internet directories. Think of them as websites with an endless...