Thought LG was done with its Android offerings for the year? Guess again. The LG roadmap for the 2nd half of the year has leaked and the handset-maker will be offering up both high-end and entry-level options, including an Ice Cream Sandwich phone.

We first heard about a possible Android powered Prada phone back in late 2009 and this is the only confirmation to that rumor since. The original Prada handset was one sexy looking phone for its day (especially plated in gold) and the successor brought us a snazzy keyboard along for the ride. Unfortunately, neither of these handsets ever made it to the US. The previous rumor concerning the Prada 3, or K2, said that the handset may make its way to Sprint but that information remains a mystery.

The LG Prada K2 will sport a 4.3 inch NOVA display, dual-core processor, 8 megapixel rear-facing camera, 1.3 megapixel front-facing camera, 21Mbps HSPA+ support,  and Android 2.3 Gingerbread running the show. The handset will feature a “Prada-inspired” textured backing and be only 8.8mm thin. Wherever this handset lands, you can expect it sometime during the holiday season.

Stepping out of the fashion phone realm, the Univa looks to be the Optimus 2. While still a budget Android device, the Univa should deliver the goods and serve as a great successor to the original.

Slated for a Q4 release, the Univa will ship with a 3.5 inch HVGA display, 800MHz processor, 5 megapixel camera, DLNA, Android Gingerbread, and have a thickness of 11.9 mm. If LG goes the way of the original, we may see the Univa on a handful of carriers when it launches. 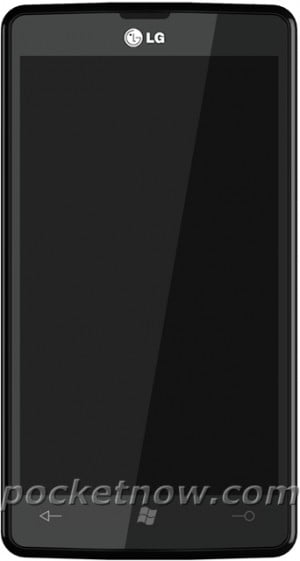 The only handset that isn’t running Android in the roadmap looks to be one hell of a phone. The LG Fantasy is a Windows Phone and will ship with the Mango update in tow. There’s actually very little to speak of on the specifications front but we can expect that the Fantasy will ship with a nice feature set.

The Victor is a couple of steps above the Unvia but we’d still have a hard time calling it a high-end device. It sits nicely in the mid-range level, sporting a single-core 1GHz processor, 3.8 inch WVGA OLED display, five megapixel camera on the back, VGA front-facing camera, and a WiFi radio that supports both DLNA and WiFi-Direct.

The Victor won’t be stealing the show from the Prada K2 but edges out the Univa with a slightly updated feature set and WiFi-Direct isn’t something you see every day. Yet. 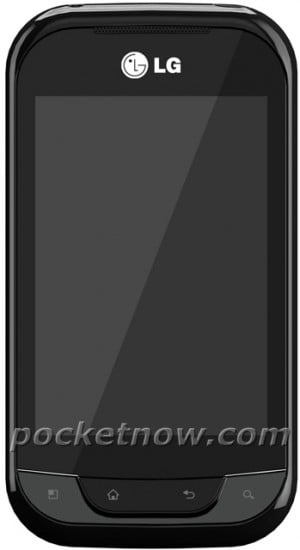 We’ve been hearing about the Gelato for sometime now and unfortunately it’s not the phone we were hoping for. Nonetheless, this entry-level Android phone should pack a small punch and price. A NFC version should also make an appearance in the future. Expected to land on Sprint (though which version is up for question) at some point, the Gelato will have a 800MHz processor, 3.2 inch HVGA display, and 3 megapixel camera. While nothing it confirmed at this point, we wouldn’t be surprised to see the Gelato with a very low price tag, if not free. 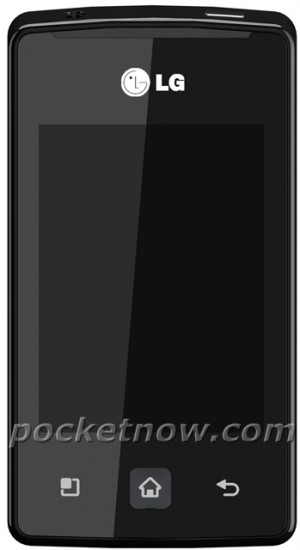 The E2 isn’t anything to write home about, and judging by the specs we do have, we’re OK with the lack of information on this handset. Either way, it’s nice to see LG providing options for all parts of the market, of which the E2 almost seems below entry-level.

Expect a small, QVGA screen, slower processor (600MHz, maybe?), and 3ish megapixel camera. LG may have just thrown together all the spare parts from all the other phones to make the E2, and we’re sure some people will thank them for that.

Oh my, what do we have here? Not a lot to go on, actually. With no picture available, the LG K still seems like it will be a powerhouse that sports a high-res display and Android Ice Cream Sandwich.

The K may ship with a 4.5 inch display, which may have a 720p resolution. We can also expect a high-end camera and at least a dual-core processor. Since this is an Ice Cream Sandwich phone, there likely won’t be any physical buttons, save for a power button and volume rocker. While we’re getting into speculation territory, the LG K could possible be an upcoming Nexus device. Or not.

The roadmap isn’t in short supply of promising handsets. Anyone interested?