While we can sit here and have an argument about how useless it is to have a physical QWERTY keyboard on today’s modern smartphones, we’re just going to sidestep that debate and acknowledge that there is a sizable minority of people who will never, ever, give up the sensation of feeling a plastic key depress as they bang away whatever text message, email, or Facebook status update they’re so desperately trying to get out to the world. Those folks keep Research in Motion alive. Anyway, the “BlackBerry” form factor that most people recognize, a long rectangle with half of it being screen and the other half being keyboard, is grossly under represented in the Android world. In America there’s the HTC Status for AT&T, the Motorola XPRT on Sprint, the Motorola Droid Pro on Verizon, and that’s it. Those devices aren’t really all that powerful, and as we said earlier, the sole reason for their existence is to appease the luddite crowd. But what if you could buy a powerful smartphone running Android in the famous monoblock QWERTY form factor and have zero compromises? 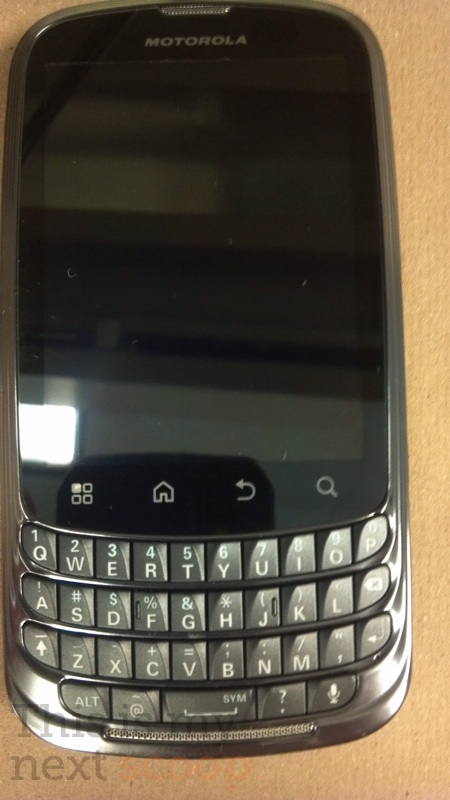 Enter the “Pax”, which according to This is my next is a Motorola XPRT “on steroids”. What’s so different about it? There’s a dual core processor inside, and … that’s all we know so far. We’re hoping that the Pax features a higher resolution display. The XPRT has a 3.1 inch 480 x 320 screen, and we honestly feel that anything less than 800 x 480 for Android is frankly useless. That being said, if you’re the type who honestly needs to have those chiclet keys, then every extra bit of horsepower you can get is a welcome bonus.

If you’re brave enough then save up your pennies and wait for the HP/Palm Pre3, which features a hardware keyboard that slides out from the bottom of the device as opposed to the size, retaining that long rectangle form so many of you refuse to give up.

Well, well, what do we have here? The silver version of the HTC Droid Incredible 2 (aka Incredible S in...