We were honestly not very sure what to expect from the Fusion Garage Grid10 because the company’s previous tablet effort, the JooJoo, was not worth writing home about. After spending some time with the Android-ish Grid10 device, I think it’s clear to say that it’s better than you’d expect but it will still face numerous challenges.

The Grid10 features a 10.1-inch screen with a widescreen 1366×768 resolution and there’s a large bezel area to do gestures like on the BlackBerry PlayBook. That’s right, even though the GridOS is built off the Android kernal, this is something different from Google’s platform. Fusion has done a good job of creating its own spin.

The homescreen is a series of icons on a grid that you can customize with different apps and shapes – it’s familiar but not the icons in a row we’ve grown accustomed to. While there’s no Android Market, you can use the Amazon App Store to load Android apps but there may be some problems with app compatibility down the line. You’ll also be able to have your choice of other Android app stores, as well as Fusion Garage’s Grid store.

The bezel’s are touch sensitive and the gestures help you interact with the platform. Using two fingers to swipe from the top will bring you to the homescreen (with a nice animation), that swipe from the left will bring up the notification screen and lets you switch between apps and the swipe from the left is essentially the back button. The browser is a WebKit-based web surfer which uses wheels from the bottom corners to help you navigate. Zooming and scrolling were very responsive and smooth, which is much, much better than on the JooJoo.

The physical design of the Grid10 is actually quite nice, as it feels like a well-put together piece of hardware. It’s sleek and thin enough but some of you who love the brushed aluminum feel of tablets may not like the plastic-like backing. The only real physical button I saw was the power button, as volume and other features were controlled with on-screen buttons.

The video and images below should give you a good idea of what the Grid10 and GridOS are (we also played with the phone): a solid attempt at bringing innovation to this space with some new design elements. It’s more of a mashup of Android, QNX and webOS than a brand new platform but that doesn’t mean that’s a bad thing.

I fear that at the price ($499 intro), the Grid10 is going to get slaughtered by the iPad and some of the other Honeycomb tablets from the major manufacturers. It’s just going to be too tough to get the ecosystem built up to fully make the Grid10 a success but I’m very happy to see Fusion Garage get off to a good start with a good product. 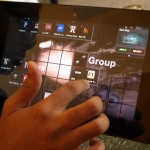 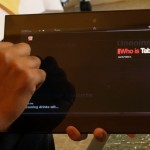 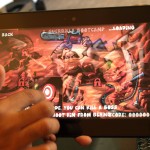 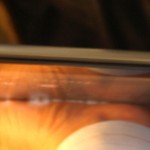 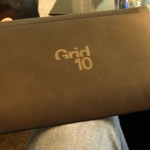 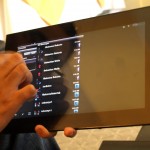 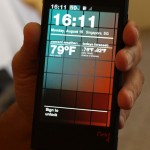 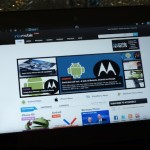 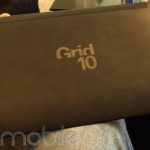 Motorola still won’t have first dibs on the Nexus line

Looks like Google is going to try its darndest to not play favorites with the recent Motorola acquisition. According to...