What you’re looking at below is an image from a patent that was filed by Apple in 2006 for a device that looks like your typical feature phone. We like to think of it as the iPhone nano that failed to make the transition from a mere sketch done by an Apple engineer to a full blown product that would have been loved by millions. Said device was probably in the process of being created in order to make an iPhone that could be more affordable, but with the recent launch of the iPhone 4S we’ve discovered that Apple’s method to make sure that they hit several price points is to simply sell older models of the iPhone alongside the latest hottness. That being said, we do wonder what Apple’s engineers could come up with if they gave themselves a challenge of coming up with a device that could be sold for less than $300 or even $200 off contract. 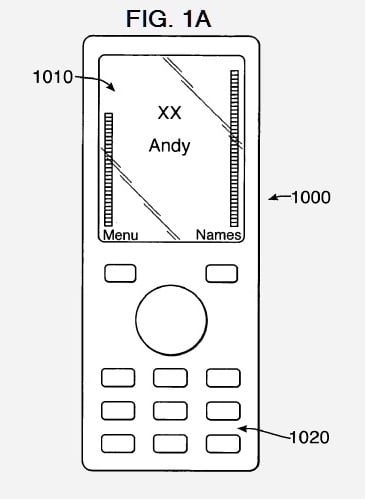 It’s Apple’s incredible talent to say no to adding more and more features that should be used to make a feature phone that does fewer things than most current feature phones on the market, but have said fewer tasks be done incredibly well. Most people don’t need a smartphone, yet if they want to purchase an easy to use device they need to get an Apple iPhone. The cheapest model, the 3GS, is free with a 2 year contract, but off contract it’s close to $400. People in India, China, Brazil, and other emerging countries, can’t really cough up that much dough. For that amount of cash, they could equip their entire family with Nokia’s lowest end devices and probably still have enough left over to buy enough food for a week.

This begs the question: Do you think Apple would ever release a feature phone? Something that can’t run apps but does voice, SMS, web browsing, and music playback incredibly well?

In a relatively rare occurrence, it looks like Apple has underperformed analysts' expectations with its fourth quarter results. Apple is...