Ever since Square Enix announced it’ll be bringing Chrono Trigger to iOS and Android, I’ve been keeping tabs on the internet for any bit of information regarding anything Chrono Trigger related. All of my hard work watching YouTube videos, looking at pictures of adorable kittens, and reading rage comics has finally paid off as Square Enix has announced today Chrono Trigger will be hitting the iPhone next month.

Chrono Trigger for iPhone will include some enhancements to take advantage of the iPhone’s touchscreen, namely on-screen controls such as a virtual joystick and some adjustments to the combat system to allow for inputs via the touchscreen. Square Enix has also made some changes to the text in the game to be read easier on the iPhone’s screen.

Now that we have a release window, now comes the all important question: How much? Going by Square Enix’s pricing of its titles, I’d have to guess it’ll cost anywhere from $10 and up. Square Enix isn’t like most mobile game publishers who release a game for somewhere below the $10 line. Hopefully seeing as Chrono Trigger is a port, maybe that’ll get them to lower its price to something that’s easily purchased without much thought. 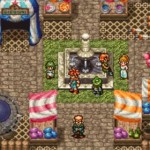 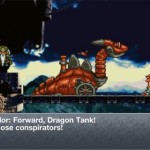 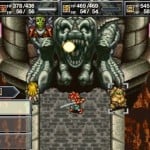