Apple is set to unveil its next iPad on Wednesday and this device will likely set the bar for the tablet market in 2012. Let’s take a look at what we expect the company to unveil, as well as what we’d like to see from the next version of the Apple tablet. 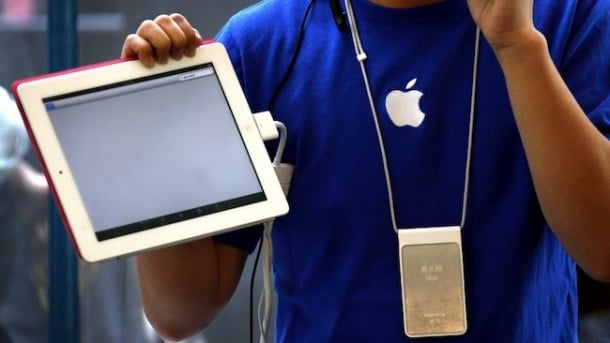 It’s almost a lock that the next iPad will have a Retina Display with a 2,048 x 1,560 pixel resolution. Apple loves to tout its Retina Display on its smartphones – these are pretty darn good – and it was just a matter of time before this found its way to the tablet. We’ve seen a bunch of anecdotal evidence about this and supposed leaks, and I suppose if you’re the type who likes to decipher Apple invites, the “We have something you really have to see” part of the invitation is a good sign that we’ll get a bumped up display.

This resolution will enable existing iPad apps to scale up and I’m sure it’s going to look beautiful but a few questions remain. Using iPhone apps on the iPad scaled up is already kind of a cruddy experience, so what will it be like if you have to scale those up by four? Additionally, that added resolution will lead to larger apps and what will that mean for the App Store download limit while on mobile data networks? It may not be a big issue for the iPad – which is predominantly used on WiFi networks – but this could have an impact on universal apps that you’re trying to download on your iPhone.

The name “iPad HD” has been kicked around and I’d suggest that this will be what Apple calls its next tablet for a few reasons. First of all, the boosted display should be the most marketable thing about the new tablet, so the name fits for that. I also expect a new Apple TV box which has full 1080p HD support as well as iTunes content at full HD, so the name could fit in along this theme.

Boosted internals and a better camera 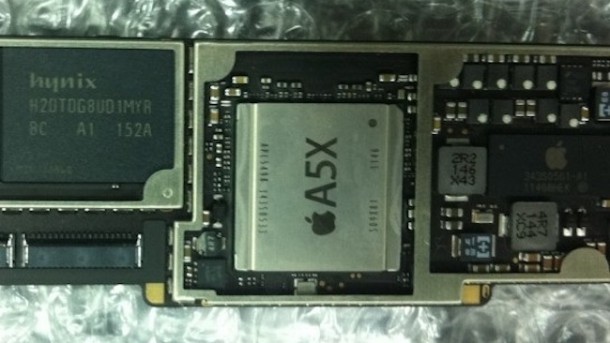 The general consensus since the introduction of the iPad 2 is that the next version would feature a quad-core A6 processor because this would keep up with the general trend in technology – quad-core chips where the big story of Mobile World Congress 2012 – but recently we’ve heard some rumors that the iPad 3 will use a tweaked dual-core processor which may be dubbed the A5X. Not much is known about what this will entail but we can assume it will have beefier graphics capabilities.

Apple hasn’t really been pushing the technical aspects of its iPad lineup, as it mentioned the dual-core chip in the iPad 2 but emphasized that it’s “twice as fast.” The iPad generally gets the chip that we see in the next iPhone but with Apple seemingly shifting the phone shipment toward the Fall, there could be a difference. Whether it’s dual-core or quad-core, we’re sure that the iPad 3/iPad HD will be more powerful than its predecessor.

One of the big features of the iPad 2 was the pair of cameras on it and even though the front-facing camera was decent at FaceTime video calls, these weren’t that good. The rear camera took bad shots (it’s always awkward to take pics with a tablet) and the front-facing one was even worse. We expect a boosted camera and we would love to see the 8-megapixel rear camera that can be found in the iPhone 4S but that may be a bit too costly for the iPad, especially if it gets an expensive Retina Display. I think most people would be happy with a 5-megapixel camera in the read and an “HD” front-facing camera. 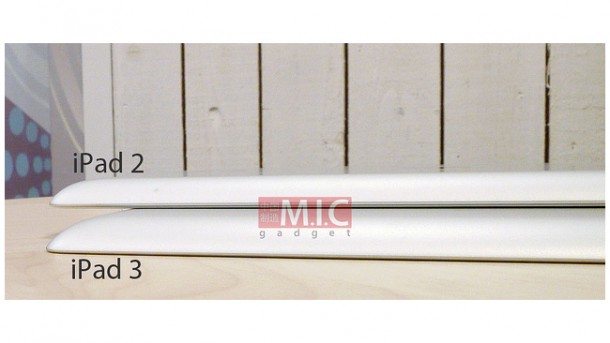 There was some scuttlebutt that Apple may raise the entry-level price of the next iPad due to the cost of making 9.7-inch Retina Display but I just don’t see that happening. I expect you’ll be able to pick up the iPad 3/iPad HD for $499 for a 16 GB model and then you’ll pay more for different versions with more storage or built-in mobile data. I also expect the next iPad to be very similar to the iPad 2 in design, although it may be a tad bit thicker. That extra thickness may be the price you’ll have to pay for a large Retina Display.

That’s fine with me, as even a slightly thicker iPad would still be a nice device but if a thicker model evolves, you can be sure that the competition will try to play up that thickness angle. Companies like Toshiba and Samsung have gotten really good at pumping out super-thin tablets that looks pretty darn good. 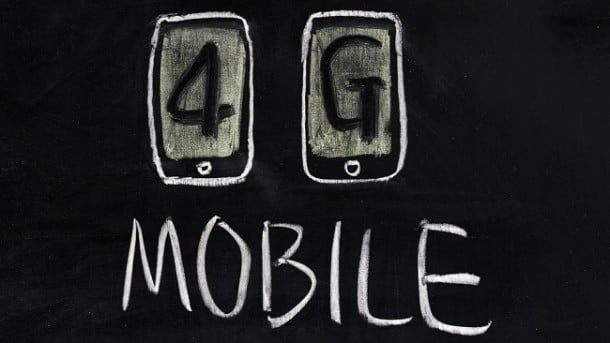 If I were a betting man, I’d say that the iPad 3/iPad HD will have integrated 4G LTE support even though there are some good reasons for it not to be there. This would be the first product with 4G LTE and Apple has resisted it before because it said that the technology just involved too many tradeoffs in terms of designs and costs. Costs can still be an issue and the 4G LTE market is actually pretty fragmented around the globe but I still think Apple will give users the the option of using this high-speed mobile data network.

The technology may now be there, as Qualcomm recently introduced a 4G LTE modem which will work on various high-speed networks around the world, as well as HSPA+ and EV-DO networks. If we do get that iPad HD and 1080p HD content from iTunes, that 4G LTE support will make it easier to download new apps and content on the go. Anyone who has used 4G LTE also knows how much better of an experience this is than just 3G and in some cases, than home Internet connections. I could see Apple charging a higher premium for a 4G LTE model though.

So, those are a few of my predictions for the iPad 3/iPad HD and I know many of them are a bit safe but you can be sure that Apple will have a few tricks up its sleeves. What do you want from the next iPad? Let us know in the comments.

Apple hit its 25 billionth downloaded app over the weekend and the company announced both the winner and the app...