It’s no secret that smartphones are becoming the main camera for most people and this is only getting better as we see new devices. We decided to put the Nokia Lumia 900, iPhone 4S and HTC One X through a photo challenge to see which one provides the best camera experience.

All of the photos below are on the standard settings, as the vast majority of people don’t really fiddle with the settings. The one exception is the close-up shot where I used macro mode for the Lumia 900. 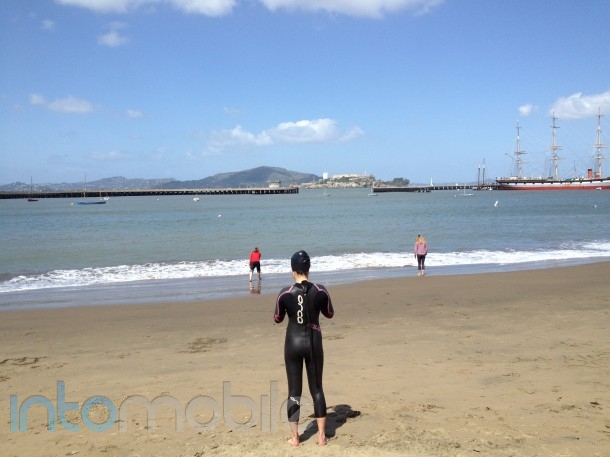 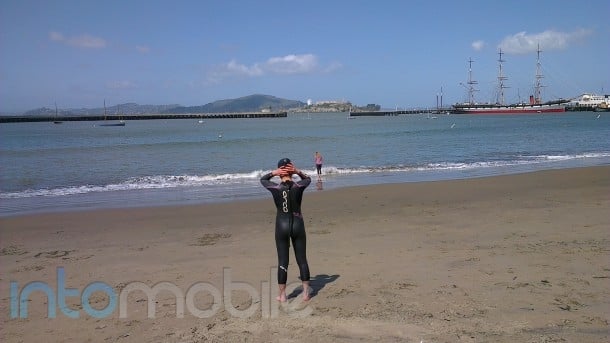 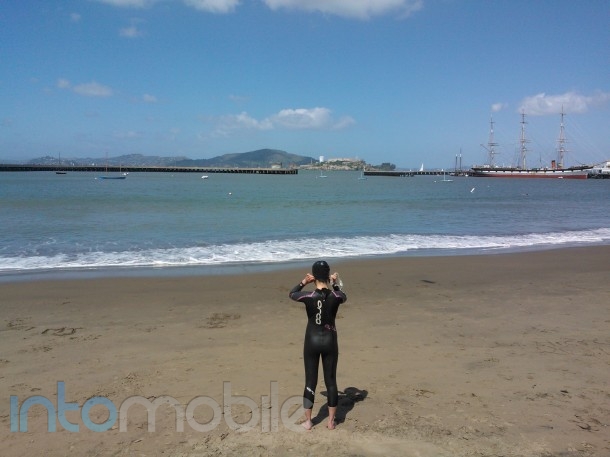 The great news is that all three devices provide really good photos. You can replace your digital camera with the iPhone 4S, HTC One X or the Lumia 900 and not miss out on much besides an optical zoom. The three pictures above look good on the phone, on a social network or even blown up (click through for the full shot).

I think the real-life color reproduction on the iPhone 4S and Lumia is a little bit better, especially when we look at the sky. The HTC One X does seem to capture the most detail of the three and I’m a bit partial to the widescreen formatting that it shoots with. 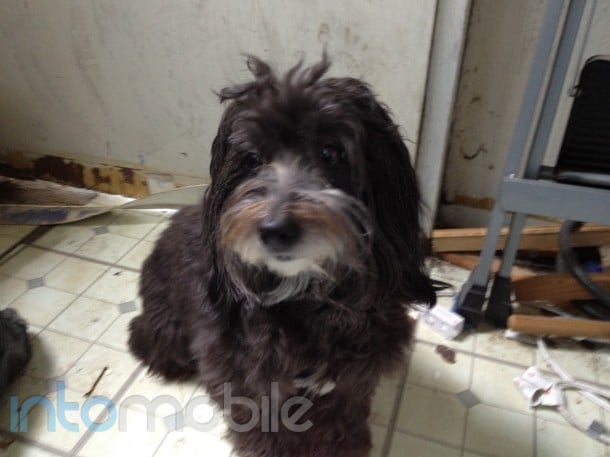 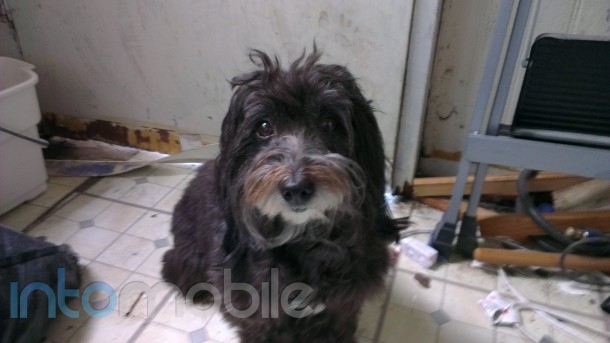 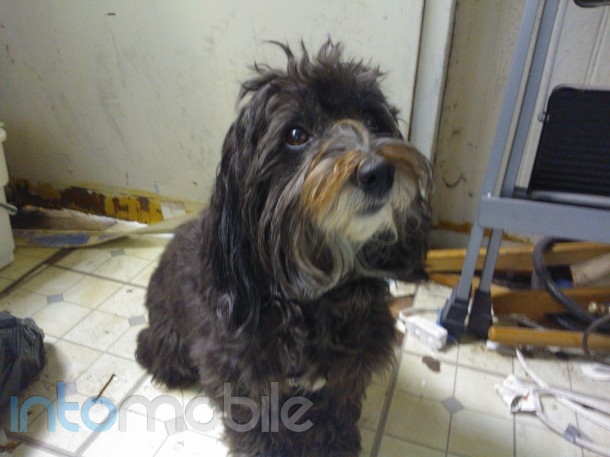 This pooch wouldn’t stop moving so the HTC One X and iPhone 4S seemed to have some difficulty focusing. The Lumia did a great job of it though. 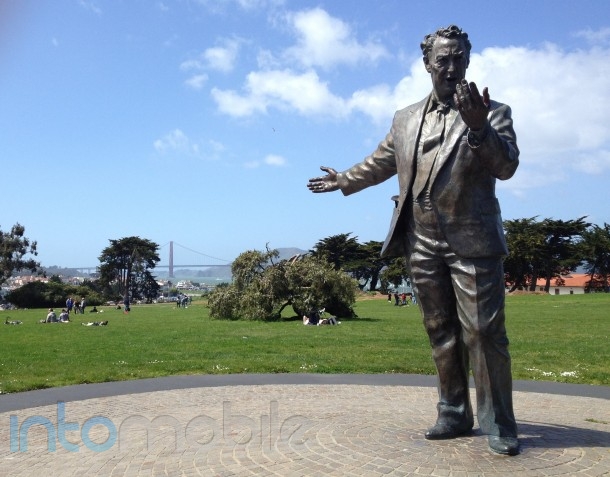 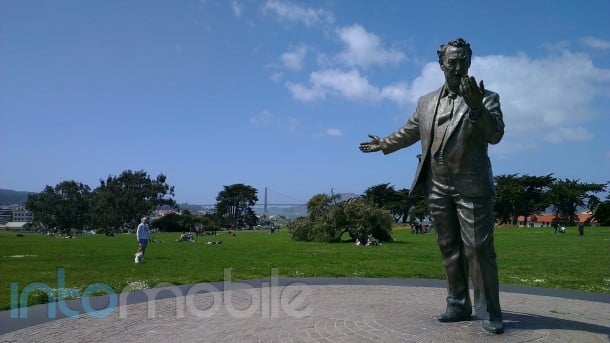 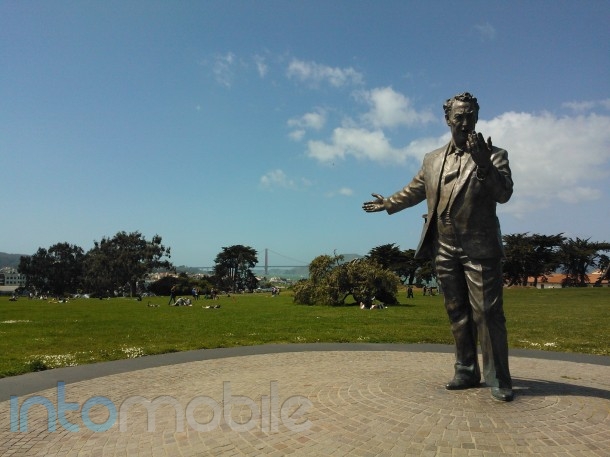 I’m still not in love with the color of the sky in the HTC One X shot but check out how vivid the green is. 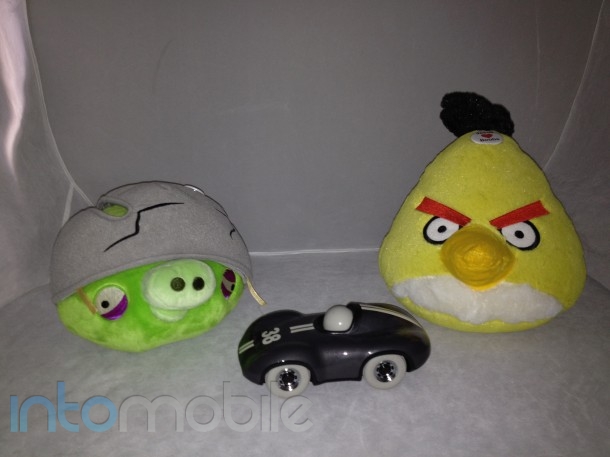 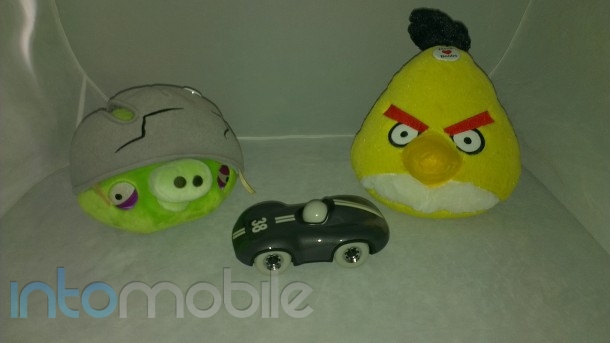 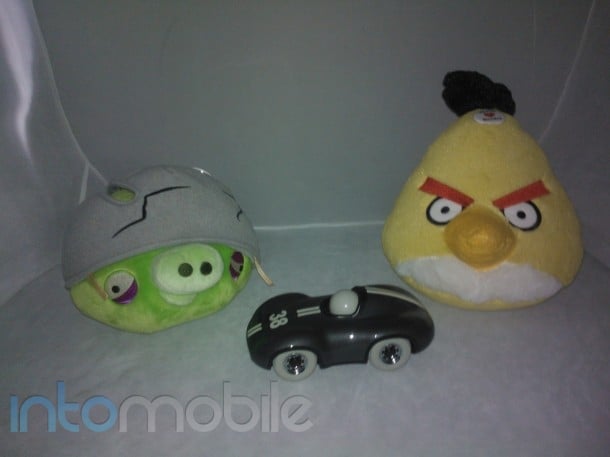 These were all taken with the flash on and all three do a solid job of low-light shooting but the iPhone 4S wins this one for me. You can really notice the difference between the background colors and the plushies. The One X photo seems a bit washed out. The Lumia 900 also does a good job but I think the iPhone 4S has slightly more detail. 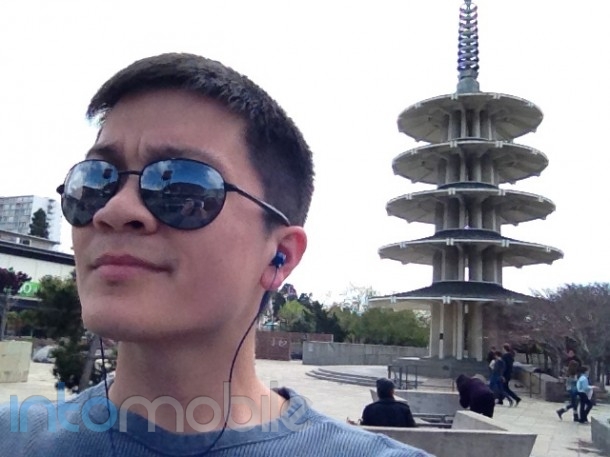 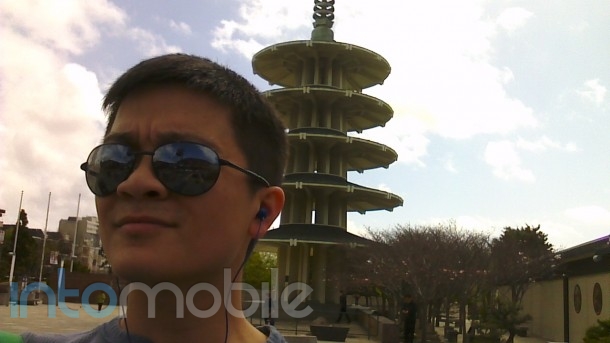 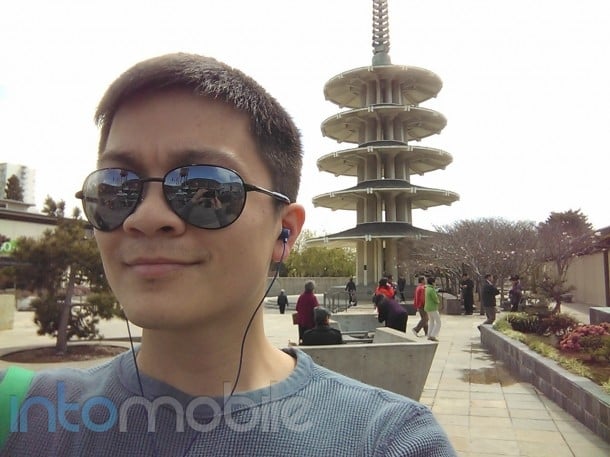 These were taken with the front-facing camera and I don’t expect much out of these but these ones turned out ok. I think the Lumia 900 did the best job of the three, as the detail is there and the image turned out much better than I imagined. 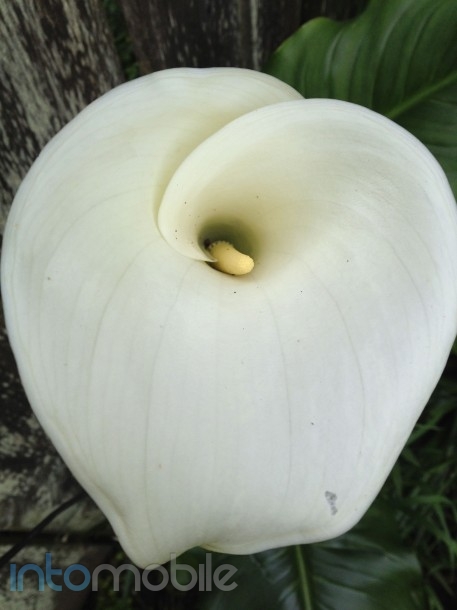 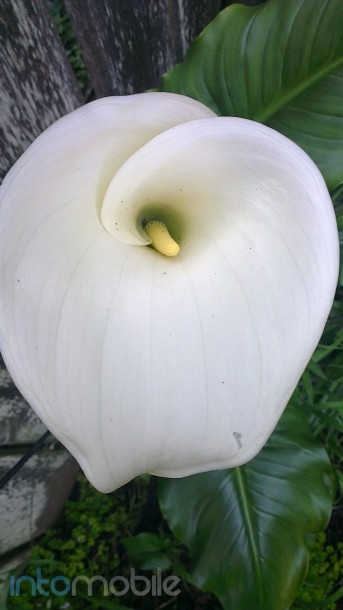 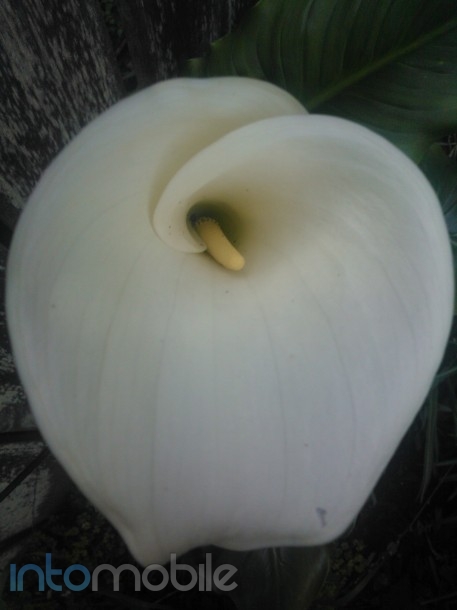 These are some close-up shots of a flower and I cheated a little bit because I turned on the macro mode on the Lumia 900 while leaving the One X and iPhone 4S on automatic. Zoom in on the Lumia’s picture and you’ll see just how good this is at capturing small details, even if its light capture wasn’t the best. The One X and iPhone 4S did a fantastic job of automatically adjusting.

As I mentioned at the beginning, the iPhone 4S, HTC One X and Lumia 900 take fantastic shots without you having to do more than just hit the shutter. The color reproduction issues I had with the One X are relatively minor and can be fixed with some post editing. Of the three, I’d give the edge to the iPhone 4S for overall image quality out of the box. 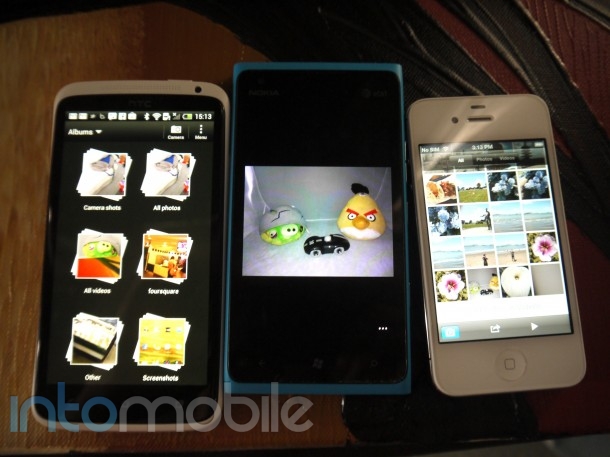 The iPhone 4S, HTC One X and make it simple to quickly snap photos and share those with your friends but each goes about it in a different way. 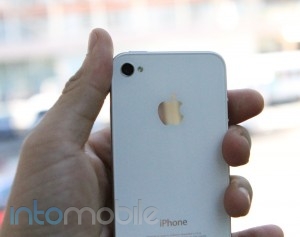 The iOS device should be familiar to many of you out there, as you can take pictures with the on-screen shutter or the volume button, there’s a quick animation on the screen and you can then take another. The most recent photo is visible in the bottom left corner and there is also a toggle for the video camera and a sharing button.

Switching to the front-facing camera is achieved with a button at the top right and you can enable features like HDR and grid view. If your phone is locked, you can quickly get to the camera by sliding up at the lock screen on the camera icon.

You also have tap to focus, editing features and a whole lot more with iOS and it’s a good camera taking experience. My one gripe is that photos are a bit isolated. Yes, you can share via message, e-mail and Twitter quickly but to share on Facebook, you have to launch the Facebook app. It’s the same with multiple other third parties. 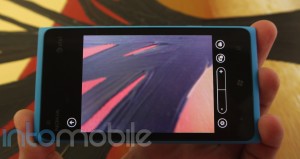 The Lumia 900 has the standard Windows Phone Mango camera UI and it’s also pretty slick and innovative. I’m a fan of the hardware shutter button and this is the quickest camera to get to because you can always just hold down the shutter button to launch the camera app.

When you take pictures, there’s an animation which “slides” the picture over and you can slide it back to view it. This is a visually interesting way to show that pictures have been taken but I’m starting to wonder if it’s better to just focus on sheer shutter speed. There’s the option to auto-fix pictures within the app and you can share the picture with a few social networks, e-mail or SkyDrive. 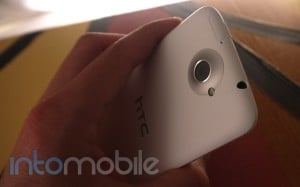 HTC spent a lot of time on the camera in the One X and it really shows. There’s a custom image chip and some excellent camera software.

The shutter speed on the One X is amazing, as it’s nearly instantaneous. If you hold down the shutter button, it will take multiple shots in a row and you can just take the best one or save them all. There’s also quick, one-touch access to other filters and shooting modes.

Another awesome feature of the One X is the ability to record 1080p HD video and still take still photos by hitting the shutter button. This may not seem like a huge deal but once you have it, you don’t want to go back.

Android is always a bit more flexible than iOS and Android and I really think that boosts the camera because you can tie it to many third-party apps. This makes it really easy to share your photos with whatever service you like.

This one too might not be the most fair because the iPhone 4S video is in ideal situations: good light and minimal amount of wind. You can see that the video quality itself is pretty good even if it’s a bit shaky.

The One X does 1080p HD and the video looks really good but beware if you’re in windy conditions because the mic can take a pounding. There’s some neat video stabilization built in and the really cool feature is that you can take still photos while still recording 1080p HD.

The Lumia 900 can only shoot in 720p HD but as you can see from the video above, it can look pretty good. It does seem to take a little bit to clearly focus but once it does, it looks pretty good.

And the winner is … 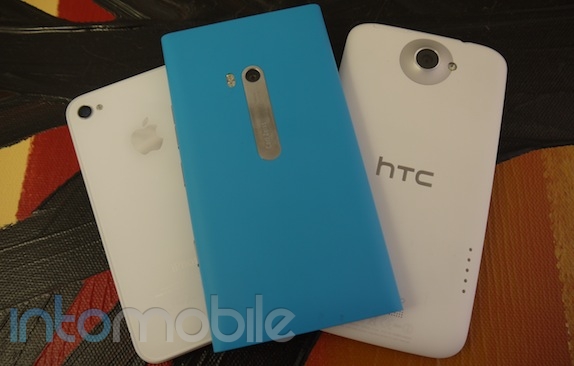 Honestly, the winner is us. These three smartphones provide excellent photos and a great camera experience, so it’s tough to really pick one out.

If I had to, I’d give the overall edge to the HTC One X because of its shutter speed, innovative new ways to snap photos and the flexibility of Android. The iPhone 4S and the Lumia 900 also have plenty of options to quickly share photos but with the One X, you can also share to things like Box or nearly any third party service from the camera simply by downloading an app.

The iPhone 4S and Lumia 900 are worthy competitors though and I’d be happy shooting with any of these devices.

Perhaps you can recall the upcoming Samsung Galaxy Tab 2 tablet line that the aforementioned vendor announced in February and...