Google showed off the Galaxy Nexus and Android 4.0 Ice Cream Sandwich on October 19, 2011. Here we are, nearly nine full months later, and we can finally say that more than 10% of all Android devices currently in use are running ICS. This data, courtesy of Google, also reveals that a whopping 64% of all Android devices are still stuck on Android 2.3 Gingerbread. Through Android 2.2 and Android 2.1 into the mix and that figure climbs up to 86%. Incredible. 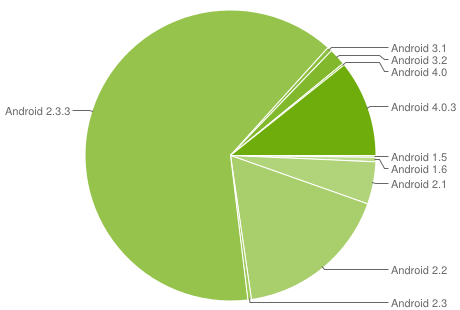 Why are so few devices running the latest version of Google’s mobile operating system? Simple, handset makers want you to think they’re special. They hire designers and developers to tweak Android’s user interface enough to make their devices look different from the competition. HTC calls their Android skin Sense, Samsung calls their skin TouchWIZ, Sony has TimeScape, and the list goes on and on. Instead of loading stock Android onto their phones, which would enable updates to happen faster, they need to take Google’s source code, fiddle with it, test it, and then push it out devices that have been sold. That presents an interesting situation: Do handset makers invest their finite Android differentiation resource into future Android devices or on updating devices that are already in the field? 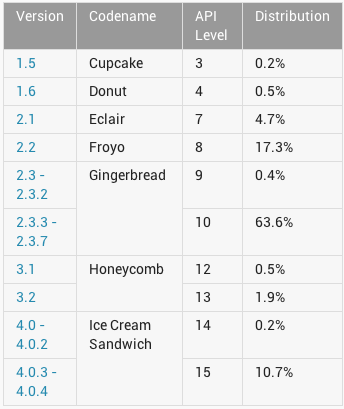 Look, we’re not trying to hide it, we think there’s only one phone that matters in the Android ecosystem: the Nexus. In a few months we’re going to see the next generation Nexus, but right now the Galaxy Nexus at $349 is the smartphone bargin of the century. Not only will it get Android 4.1 Jelly Bean later this month, but it’s also roughly half the price of the Samsung Galaxy S III. If you want the quad core processor, larger screen, and better camera, then go ahead and buy the GSIII, but if you care about software then you shouldn’t be comparison shopping.

There’s only device worth buying.

Amazon Flow, which up until this point was an iOS exclusive title, is now available for download from Google Play,...