After two modestly successful (to say the least) tablets, Sony is about to unveil a new one in September. Simply called Xperia Tablet it will be much thinner (8.8mm) than the Tablet S model, while still keeping that “folded magazine” look and feel. The rumor is that the upcoming device will come with a 9.4-inch 1280×800 pixels touchscreen, Nvidia Tegra 3 quad-core processor, 8-megapixel rear camera, 1-megapixel front-facing one, 3G & Wi-Fi connectivity, and a pretty solid 6,000 mAh battery.

Three different models will be available with 16, 32 and 64 GB of built-in memory, costing $399.99, $499.99 and $599.99, respectively. Moreover, users will also be able to buy the “Cover with Keyboard,” which is described as a slim and light-weight stylish cover to protect the screen while enhancing customer’s productivity with a built-in keyboard. Pretty cool, what do you say? Would you buy a Sony tablet? Or you would put your money somewhere else? 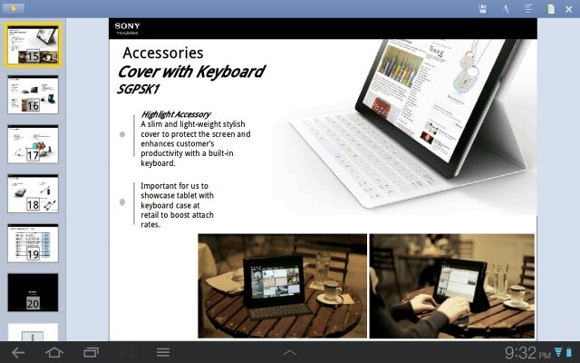 Pantech Marauder, which has been leaked as Star Q, has been officially announced by Verizon Wireless. The mid-range smartphone offers...