It might have only been Tuesday when the Nexus 4 was released, but for some it’s probably felt like an eternity. Luckily, it looks like the first shipments of the much anticipated handset are arriving at their final destinations and into the hands of owners.

It must sting for would-be owners who got slapped with a backorder email to see the units are arriving, but that’s the way the cookie crumbles, we suppose. Even then, some people (including myself) have yet to receive either a shipping notification or a back order email, making the wait all the more grueling. Customers who received a back order email can at least be thankful that their order got through, which wasn’t the case for many people due to the device’s fast sell-out.

Come Monday, we’re sure we’ll be seeing many more Nexus 4 handsets begin landing on people’s doors, but until that happens, we could imagine that it’s going to be a long weekend.. 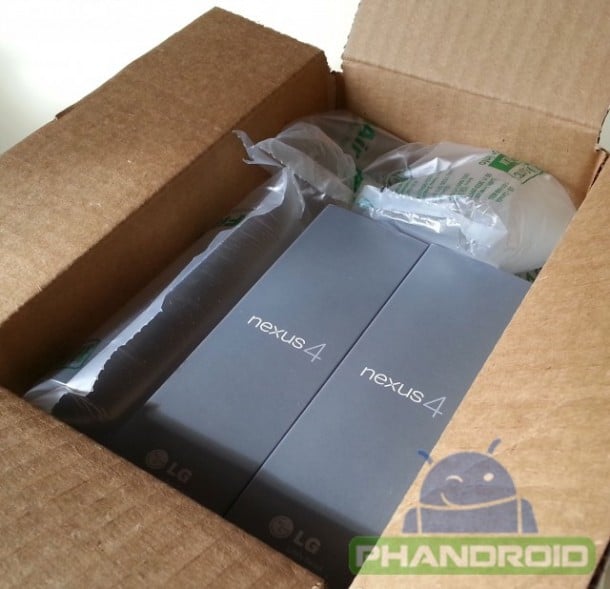 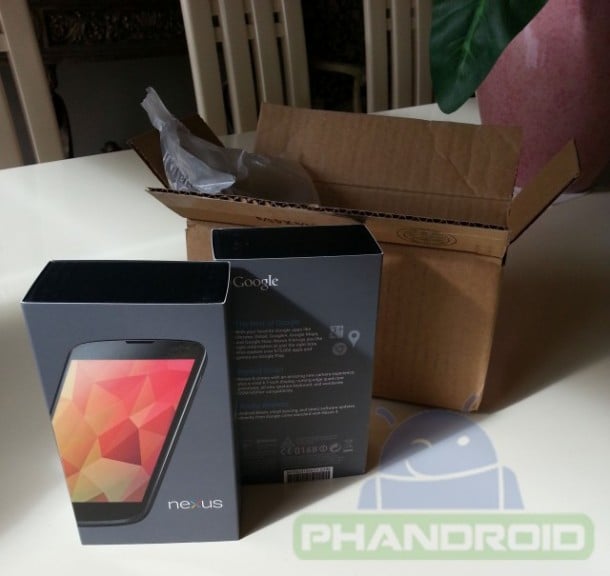 Nexus 10 16GB now back in stock in Google Play Store

The 16 GB version of the Nexus 10 tablet is now back in stock on Google Play. Better buy quickly...