Sony has officially taken the wraps off of the Xperia Z and ZL, and they’re a beautiful pair of devices. While we’ve always been fans of Sony’s design aesthetic, its hardware tended to be a little lacking, but that’s certainly not the case with their latest phablet devices. We got a chance to take the devices for a spin, and here are some initial impressions

Both the Xperia Z and the ZL rock a 5-inch HD Reality display, compliments of Sony’s Bravia Engine 2, along with the blazing fast 1.5Ghz Qualcomm S4 Pro quad-core processor, 2GB RAM, and 13 megapixel cameras. Both devices will also ship with Android Jelly Bean out of the box.

For the size of the device, the Xperia Z feels pretty great in the hand. Both the front and back panels are glass, but are covered in a plastic layer that makes the device spill resistant and can handle being dropped in water, and Sony was showing just that off at its Pepcom booth. The boxy shape of the device reminds us of the LG Optimus G, but we hardly think that’s a bad thing.

The face of the device is clean, with the 5 inch Reality display dominating most of it. You’ll find the expected ear piece, sensors, front facing camera up top, as well as Sony’s logo.

The sides of the device have more going on than you’d expect a smartphone to, starting with the power/lock button. It’s on the right side of the device, like many phones today, but this button is smack dab in the middle and is huge. It provides a nice tactile feel, but chances are you’re immediately going to assume it’s a camera shutter button, but it’s not. Below the massive button is the volume rocker. You’ll also find your standard assortment along the sides of the device, including the volume rocker, 3.5mm headphone jack, and micro USB port.

The Xperia ZL may be similar in specs, but it’s still its own, interesting monster. The first thing any tech geek is going to notice is the front facing camera is on the bottom right of the device. Whatever Sony’s thought process was to place it here is beyond us, but it will likely be come useful when the ZL is in landscape mode.

Unlike the flat and glossy glass back of the Xperia Z, the Xperia ZL’s black variant is textured backing. While it might not scream sexy like the Z, the ZL feels great in the hand, and you can thanks the beveled edges on the back for that, which is something you won’t find on the Z.

Overall, both devices are pretty solid, but our one complaint would be that they seem a little thick. We’re not talking Lumia 920 thick, but we’d have liked a skinner profile on both the Z and the ZL. Still, it’s hard to say we don’t like what we see here, and if you’re looking for a phablet device this year, be sure not to discount Sony during the search!

Check out the gallery below 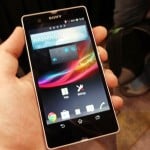 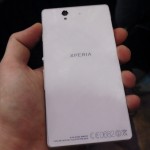 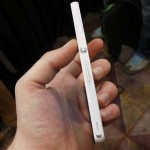 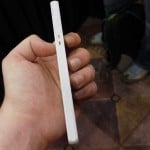 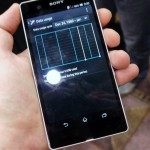 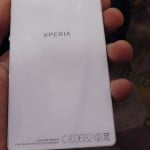 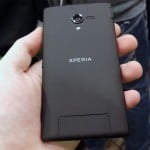 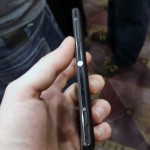 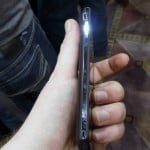 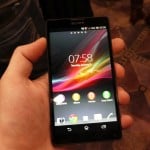 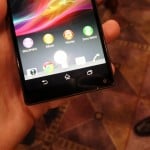 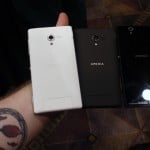 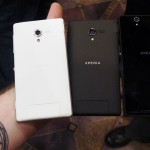 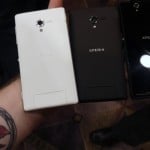 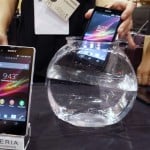 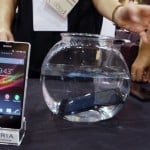 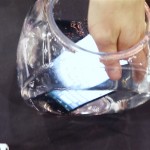 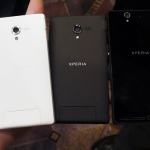