While we’ve yet to see the NVIDIA Tegra 4 in an actual smartphone or tablet just yet, it’s easy to see that the company is focused on more than sheer processing power. Not only is NVIDIA playing to its strengths in the gaming world with the Tegra 4-powered Project Shield, but it’s also coming up with some innovative ways to solve some issues that we currently see in our devices today. 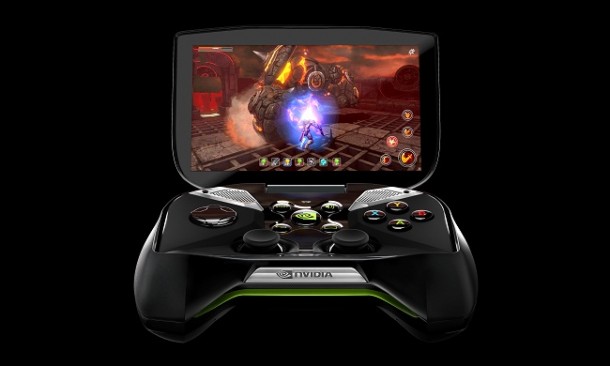 NVIDIA is gaming. It’s what it’s known for, and it can boast a following that no other mobile CPU chipmaker can dream. This shows even in Android, with it’s healthy selection of Tegra-optimized games via Tegra Zone. While many were likely taken aback when the company announced Project Shield, we can’t say that we’re surprised it went there.

The fact that you’ll be able to pick up from where you left off on your PC game on your Shield is any gamer’s wet dream come true, and NVIDIA seemed to have nailed the execution very well. It may be a bit of a turn off to some that only the GTX series of PC graphics processors will support Project Shield, but we still can’t say that we’re not terribly impressed with what NVIDIA has done. Being able to bring PC games to a mobile device is impressive. Having said device double up as a small Android tablet that’s capable of running the 700,000 applications in the Google Play Store? Big bonus.

We weren’t really expecting to see NVIDIA attempt to tackle HDR photos with the Tegra 4, but it did, and did so well. Having to hold your camera still to grab both high and low contrast shots isn’t always easy, and the Tegra 4 pretty much solves the issue completely. It’s actually quite stellar to be able to take photos in HDR almost as fast you’d take any other non-HDR photo on existing phones today. Always-on HDR will likely soon become an expected feature going forward, but it’s pretty awesome that NVIDIA decided to solve the blur issue that we have today.

The competition is certainly around, as Qualcomm chips are found in a majority of Android smartphones today and NVIDIA’s Tegra 3 wasn’t in nearly as many devices than we wanted to see in 2012. That said, the Tegra 3 made its way to the most popular Android tablet around, the Nexus 7, along with offerings from HTC, LG, and more. NVIDIA has kicked it into high gear in 2013 with its Tegra 4, and we’re impatiently awaiting more devices to ship with the powerful CPU.

Overall, the NVIDIA Tegra 4 shows that the company is confident in its capabilities, knows its following in the PC market very well, and looks to gain even more attention in the mobile space with products like Project Shield and features like Always-on HDR.