It’s been a wild ride to get here, but the moment that many have been waiting for has finally come. HTC announced its new flagship device, the HTC One, if you didn’t get the memo. The company unveiled the device in New York and London today, and we’re more than impressed with what HTC has created. Follow along as we give you the deets and our first impressions of the One.

For starters, you’ve probably seen the handset floating around the internet via leaks, but a render really doesn’t to the One justice. Carved out of a single piece of aluminum, the One is definitely the best device we’ve seen from HTC and succeeds the One X beautifully. But we’re getting ahead of ourselves.

We’re going to give you some quick  first impressions, so follow along!

The face of the device is very eye-catching, but it’s not where all the action is. The top and bottom of the front is where you’ll find the new BoomSound dual stereo speakers, which are surrounded in a white finish. This provides a nice contrast to the rest of the black face. Up top, you’ll also find the expected proximity and ambient light sensors, as well as the notification LED, and 2MP front facing camera.

Below the display, but above the bottom speaker, is where you’ll find two capacitive keys for navigation, home and back. A HTC logo sits  between the two, and provides no additional functionality. Why the multitasking button was removed is beyond us.

The sides of the HTC One are cut in a way that makes the aluminum accents look sharp to the touch, but it enhances the overall look and in-hand feel. With the exception of the micro-SIM card slot, the left side of the handset is clean. You’ll find the power/lock button on the top, along with the 3.5mm headphone jack. The right side houses the metallic volume rocker, and the bottom is where you’ll find the micro USB port and HDR microphone.

The back of the device houses what’s one of the more important features of the HTC One: the Ultrapixel camera. Still, the camera and five-level LED flash are surrounded by a beautifully solid piece of aluminum, which just completes the package.

The first time you pick the device up, you feel the strength of the metal and the cold to the touch feeling that accompanies it. This doesn’t feel like your run of the mill phone. It feels like what all phones should feel like – exceptional.

There’s so much to say about the HTC One and HTC Sense 5 that we’re anxiously waiting to get the device in our hands again for review. Until that happens, be sure to check out the hands on photos below! 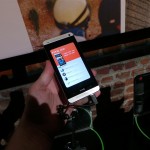 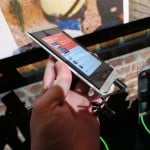 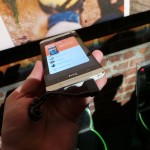 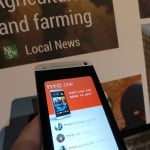 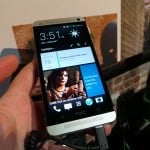 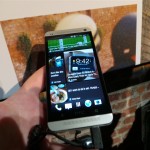 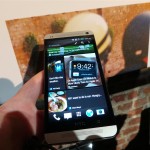 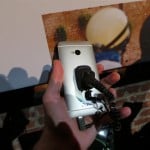 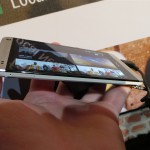 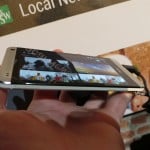 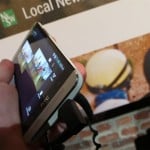 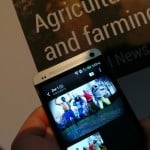 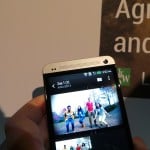 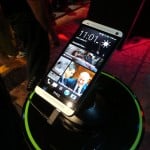 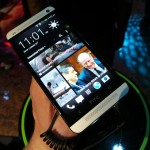 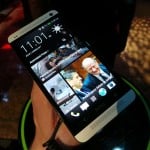 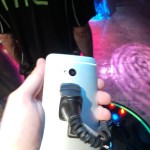 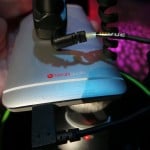 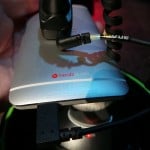 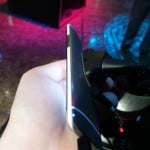 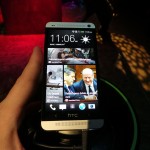 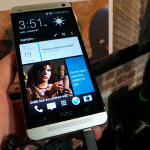