Crossing our radar for the second time is the Intel-powered Lenovo K900. We spotted the oversized phone at CES, where we were allowed to take some photos while it sat safely behind some glass. At MWC, Intel and Lenovo were a bit more forthcoming and actually let us touch the device.

The most striking feature of the K900 is its large 5.5-inch, 1080P display, that isn’t the only thing that makes the K900 a monster of a phone. The Intel Clover Trail+ processor boosts performance and adding in 2GB of RAM certainly doesn’t hurt. The Clover Trail+ processor is the latest addition to Intel’s mobile line of CPUs and is based on an 1.8GHz dual-core Atom Z2580 with two PowerVR SGX 544 GPU cores. The chip is more powerful than the previous Medfield Atom chips, delivering almost twice the performance.

That said, it’s not all about the innards with the K900. On the outside, the phone is quite a beauty to behold as well. The metallic backing and its unibody design gives the phone a solid in-hand feel. At 6.9mm, the device is just about as thin as any device in the tablet category can get. Lenovo’s focus on design, though, didn’t keep it from throwing every other top-notch spec you could imagine, including a 13-megapixel main camera and an 88-degree viewing angle front-facing camera.

It’s really hard to say anything negative about the K900, but if we were to change one thing, it would likely be the capacitive buttons below the display. They add onto the size of the phone and are not really necessary with Android 4.1.2, which has an option for on-screen navigation. Speaking of Android, the K900 runs a flavor of Android that features a custom overlay from Lenovo.

The K900 is slated to ship in the second quarter. Lenovo isn’t too keen on selling phones in the U.S. market, so we won’t be seeing the K900 stateside. 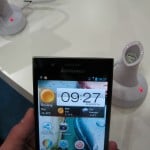 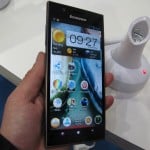 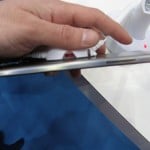 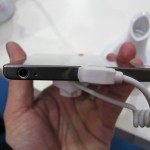 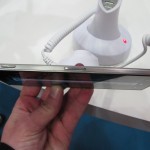 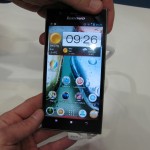 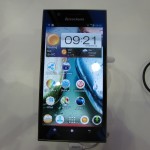 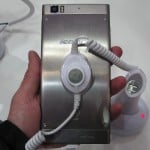 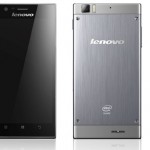 AllThingsD recently reports that Andy Rubin has denied the rumors of Google potentially opening its own retail stores. The quote...