I wanted to try out the NEC Medias W more than any other phone at Mobile World Congress. We’ve already talked about it in the past, but this was the first time I had a chance to play with a single unit.

As you may know, NEC’s baby is a folding smartphone that comes with two 4.3-inch screens. The best part is that these two can either work separately (for real multi-tasking) or as one big screen.

The similar lookin’ Kyocera Echo was released few years ago but it hasn’t managed to attract enough buyers. The NEC Medias W is a better device and it will soon starts selling in one of the world’s most-advanced smartphone markets (Japan), bringing all the benefits of a big screen device (phablet) without forcing users to buy jeans with bigger pockets.

Aside from showing off NTT DoCoMo’s version of the phone, NEC also had some prototype unit at its booth, presumingly to pitch other carriers. And while we don’t have any information whether some European carrier is looking to launch the Medias W, we do hope something like that will happen at some point in the future. In the meantime, check out our hands-on images from a gallery below… 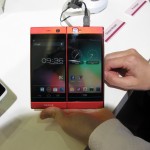 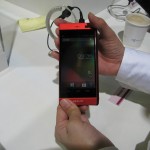 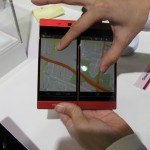 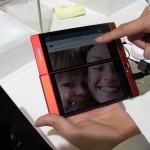 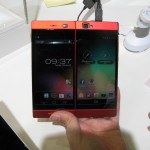 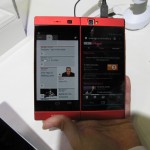 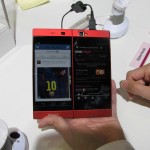 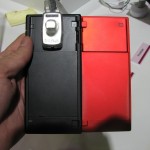 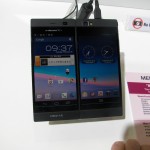 NEC Medias Tab UL N-08D is an amazing device and one of those products most of us won't be able...