Windows Phone is growing, folks. Yes, you heard right. The Microsoft mobile operating system is slowly taking market share away from both BlackBerry and Symbian. In a chart showing February of last year to this year, Windows Phone has seen a modest 1.4 percent uptick in that time frame. We know Windows Phone haters might not see this as much, but the truth is WP is showing growth.

However, when you look at the numbers, Microsoft’s mobile platform is nowhere near being true competition for iOS and Android. Symbian losing market share to Windows Phone isn’t that much of a surprise, especially since Nokia practically abandoned the OS leaving many Symbian customers out to dry. BlackBerry, however, is a bit more complex. The company formally known as RIM, has millions of people still stuck on its obsolete BlackBerry 7 handsets. This gives Windows Phone an opportunity to snatch up disgruntled customers before they fall for the iPhone or any other Android device.

To give you an idea of how bad things have gotten for BlackBerry, you should know this. The company has seen its market share of 16.8 percent (last year) that gave it third place, drop to an abysmal 5.1 percent in 12 months.

Regardless, it’s going to be a fight for the third spot because neither Windows Phone or BlackBerry 10 is in the same league as the two top dogs: iOS and Android. With BlackBerry 10 handsets rolling out in the first quarter of the year, it’ll be interesting to see where the Waterloo company stacks up this time next year. Assuming if it’s still in business by then.

Take a look at the charts for yourself. 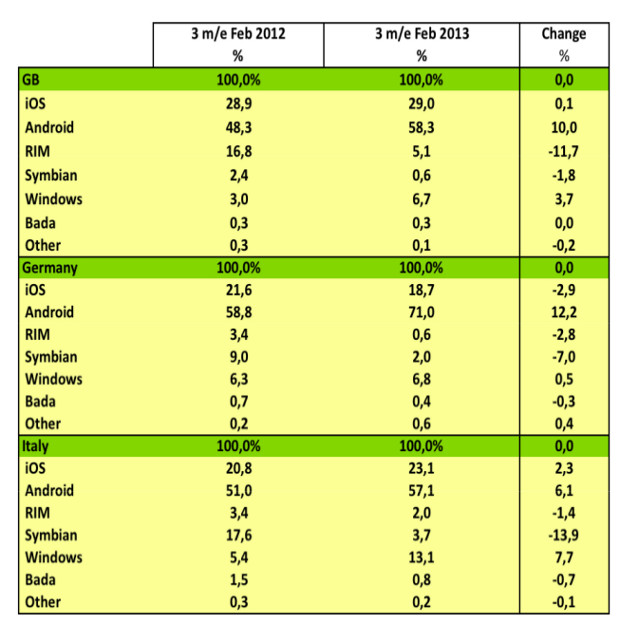 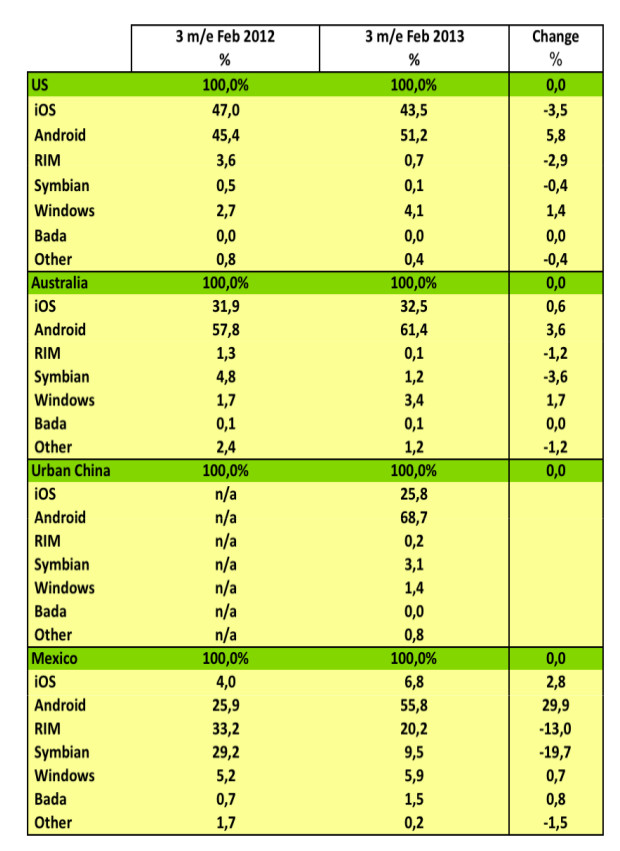 Following the modification of guidelines for hardware developers, the rumor emerged that Microsoft is working on a smaller version of...