Apple has been mum about any new product developments over the last few months, but the company is certainly not rolling over to the likes of Samsung in its ongoing patent infringement battle. Interestingly, Apple is now claiming that Samsung is violating Siri patents, via an amendment in its current court case. Apple is claiming that Samsung is infringing on patents 8,086,604 and 6,846,959, which detail a “universal interface for retrieval of information in a computer system,” a.k.a. Siri, by using Google’s Google Now technology in their devices. Apple is also claiming that the Samsung Galaxy S4 is infringing on five more patents, which follow below:

Interestingly enough, Apple has not yet mentioned the recently announced Samsung Galaxy S4 Google Edition in its claims, and it would not be surprising if they did in the future. How the battle turns out is now in the hands of the courts. 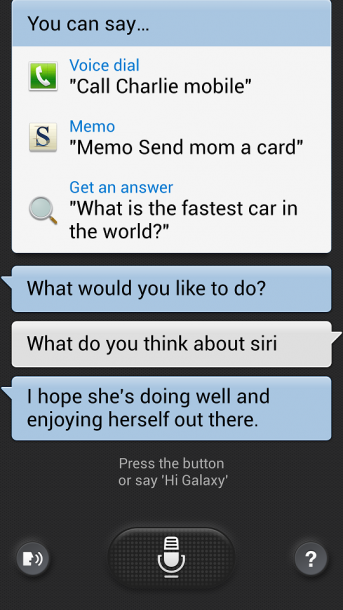 Sure, the Kyocera Hydro Edge and XTRM are all fine and dandy, but LG just announced the Optimus GJ. What's...