We’ve been hearing quite a bit about the Samsung Galaxy S4 Zoom lately, and it looks like SamMobile has managed to grab a photo of the upcoming device.

The device basically looks like the Samsung Galaxy S4 had a baby with the Galaxy Camera, which is pretty much what we were expecting. That said, the Galaxy S4 Zoom will be more compact and is said to feature a 4.3 inch qHD display, 1.6Ghz dual-core CPU, 16 megapixel camera, 8GB internal storage, micro SD card slot, Wi-Fi, and A-GPS. These specifications fall in line to previous rumors. We can also expect the Zoom will share the same custom user interface found on the Galaxy S 4, running Android 4.2.2. 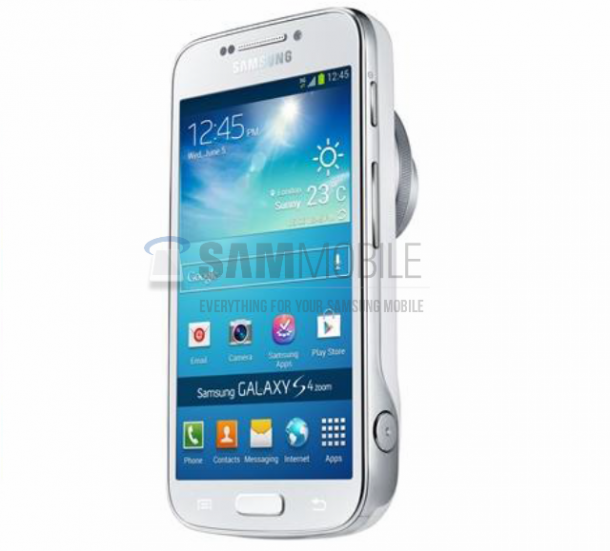 With a press event set for June 20th, Samsung could indeed announced this exact device alongside whatever Windows Phone ATIV device it has up its sleeve. We don’t have much longer to wait, so stay tuned!

Thanks to Dutch site Mobileaks, we now have some new sketches of the rumored HTC T6/One MAX phablet device. The...