With the Samsung Galaxy S5 all but confirmed to arrive in March or April of this year, rumors about what to expect from the device are plentiful to say the least. A European patent that was recently spotted by Dutch website Galaxy Club reveals a new gesture control that would work by tracking your head movements. The technology could make it to the Galaxy S5, given Samsung’s penchant for packing in tons of features into their flagship smartphones.

The patent shows head gesture technology that relies on the device’s front-facing camera to work its magic, tracking a gesture and responding to it with the proper function. Commands could be carried out by movement of the head, a wink, snarl or even a nod. 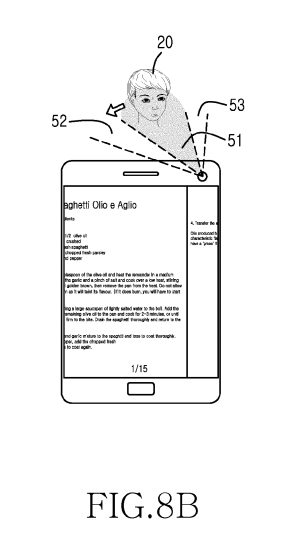 Could we see the head gestures make their way to Galaxy S5? It’s possible for sure. The patent was published yesterday, but began it’s journey to approval back in July of 2013. That’s not too long after the release of the Galaxy S4, and more than enough time for Samsung to work out the bugs in the technology.

Would you like to see head tracking tech in the Galaxy S5? Do you think it’s plausible for Sammy to cram the tech into their shiny new flagship? Let us know in the comments below.

Edward Snowden's NSA leaks shook the nation to its core and have created big questions among mobile phone users. The...