The upcoming BlackBerry Passport has been both the darling of the media and the next thing to hate in blogs around the Interwebs. While BlackBerry fans love it, iFanatics think no one will want to buy such phone.

I’m not in any of these two groups but I love the Passport. I would still have to test out that keyboard before spending a single dime, but from what I’ve read – this is the phone that will increase my on-the-go productivity. I get both the big screen and physical QWERTY keyboard beneath, allowing me to type much, much faster. There’s just one thing that bothers me – the Passport looks rather massive and I hope it’s still pocketable enough so that I can carry it with me all day long.

Anyhow, aside from the black version we’ve seen before, the Passport will also be available in white. And it’s not just any white; according to BB Passport designers Brian Paschke and Joseph Hofer, this particular white has been “further tuned for each individual part and material in order to create overall color harmony.” It’s made to match the phone’s stainless steel frame, rocking a porcelain-like coating which is “smooth to the touch” while providing grip.

Sure, that’s just designers praising their work, but I take there’s some truth in there. The image promises one sexy device. And yes – this could easily be my next phone!

Finally, before I let you go – here’s another shot of the white BlackBerry Passport brought to us by the good folks of CrackBerry. Anyone else looking to buy one of these? 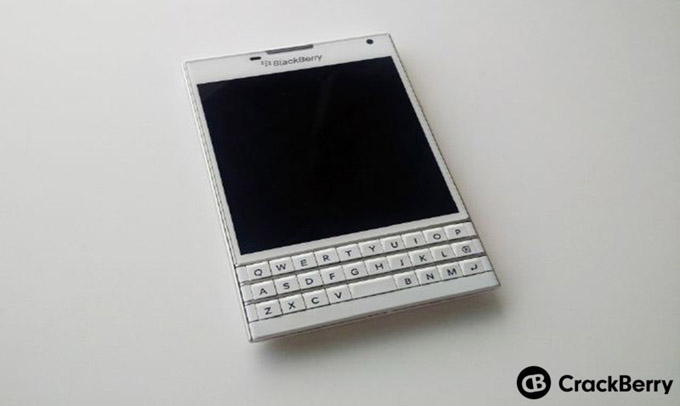 Asus has made an updated ROM for its Transformer Pad TF701T available for download. The new firmware that packs Android...