Apple has officially unveiled the Apple Watch, just as rumors suggested. Unlike a few Android Wear watches, Apple has decided to go with a rectangular watch face instead of a round one. Much like Android Wear smartwatches, the iWatch will double as a fitness tracker, mini navigation device and much more.

Apple Watch will come in a few different collections, including a sport version and a premium ‘edition’ model emblazoned with 18K gold. A flexible retina display is standard across all collections and included infrared LEDs, photo diodes which can capture health data such as a user’s pulse and more. Apple’s watch will come in two different form factors to accommodate varying wrist sizes, the smaller of the two clocking in with a height of 38mm and the larger face at 42mm. 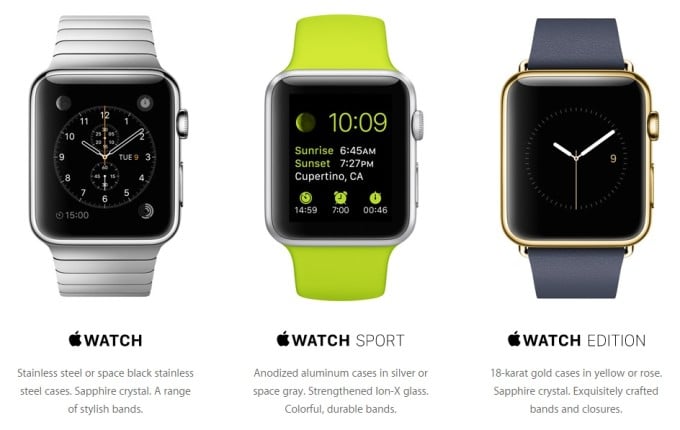 The Apple Watch is made from three different materials which include stainless steel, silver aluminum and 18-Karat yellow gold. A bevy of bands will be available including a leather loop, classic buckle, sport band, link bracelet and a simple leather loop. Apple has fashioned many stylish watchfaces for the watch, making the Apple Watch the most customizable smartwatch around.

An S1 processor runs the show in the Apple Watch and utilizes all Siri functionality as well. The Apple Watch will work with the new iPhone 6 devices as well as the iPhone 5, iPhone 5S and iPhone 5C. Apple has yet to release details about battery life and other internal specs. 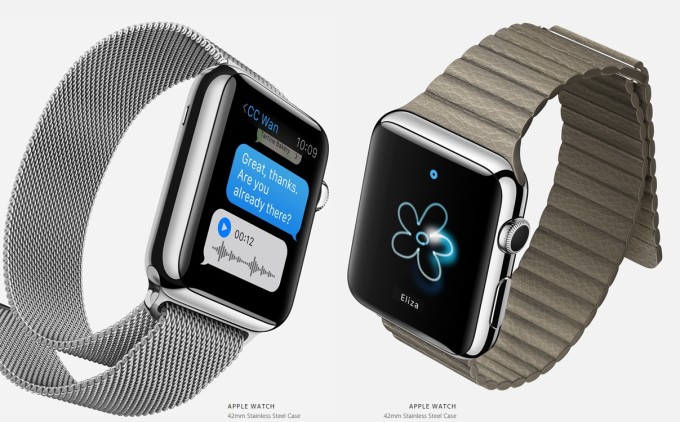 The Apple Watch includes a speaker and microphone allowing users to answer and respond to voice messages or voice calls. Mail and messages can be read and responded to on the device as well.

The Apple Watch will be available early next year and will begin at $349.

Apple Announces the iPhone 6 and iPhone 6 Plus

Apple has just announced the new iPhone 6 models, and they're looking to be the things of an Apple fan's...