Lenovo announced a trio of new tablets with 8-, 10- and 13-inch screens. The last of the pack, called Lenovo Yoga Tablet 2 Pro, is also the most interesting device, boasting a built-in pico projector. Said projector, according to Lenovo’s PR, can project an image up to 50″ from six feet away, though it’s unclear which resolution it [projector] can “handle.” The device, in case you wonder, was developed with the help of the Chinese firm’s “product engineer” Ashton Kutcher, who may use it to beam his movies onto the big surfaces around his mansion. Or something like that.

Specs wise, this 13-inch beast sports a 2560×1440 pixels display, Intel Atom Z3745 quad-core chip clocked at 1.86GHz, 2GB of RAM, 32GB of expandable storage, and a massive 9600mAh battery that should keep the tablet working for up to 15 hours. Or less, if you decided to “borrow” some of its energy to connected smartphone(s). 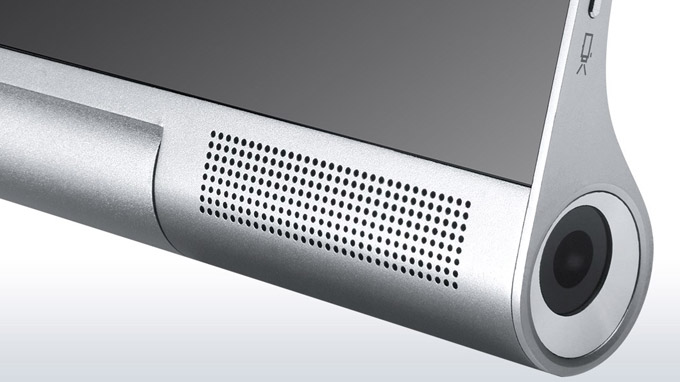 There’s also an 8-megapixel camera on the back, 1.6MP front-facing one, a pair of Dolby-certified stereo speakers, and the 5-watt JBL subwoofer. All this makes the Tablet 2 Pro rather heavy at 2.09 pounds, so no – this is not a device you’ll want to carry around at all times. 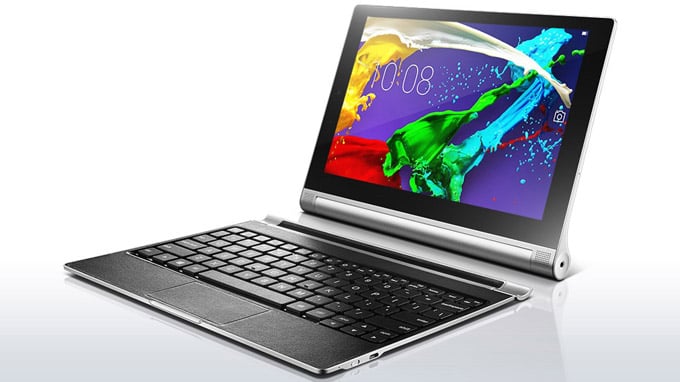 Next in line are two Yoga Tablet 2 devices, one with an 8-inch and another with 10-inch screen. These two share some of the internals of its bigger, Pro brother, including the CPU (Atom Z3745), the amount of RAM (2GB), while rocking the same cameras (8MP rear + 1.6MP front). When it comes to differences, these two have 1920×1200 pixels displays and 16GB of internal storage. The 10-inch unit has a 9600mAh battery, whereas the smaller model has a 6400mAh one. Additionally, the 10-inch Yoga Tablet 2 will also get a matching Bluetooth keyboard.

The Yoga Tablet 2 10 and Yoga Tablet 2 8 will go on sale later this month for $299.99 and $249.99, respectively. That’s the price of Android-based models; there will also be Windows 8-based variants, which will cost a bit more.

All new Lenovo tablets have a kickstand that allows users to more easily consume media.

Yesterday we saw the Desire Eye, now it's time for its metal-clad sibling - the One M8 EYE. However, this...