Garage door openers are pretty sweet, but most of the units we have installed in our homes are so last century, requiring a boxy remote to open the door from outside. While it’s nice to have at least one option to opening up your garage door, remotes are easily lost and just aren’t that practical in the age of super powerful handheld computers. Wouldn’t it be awesome to open your garage door with your smartphone? Thanks to this amazing guide from Driscocity you can do just that.

While there are some aftermarket solutions that allow you to open your garage door with your smartphone, there is an easy DIY method that does the same by harnessing the power of the credit card sized computer, the Raspberry Pi. Making your own garage door opener isn’t a walk in the park, but if you have at least some tinkering skills you’ll be able to tackle this project with ease. You’ll have to hook up a few components, run some wires and do a little bit of programming but thankfully soldering isn’t required. 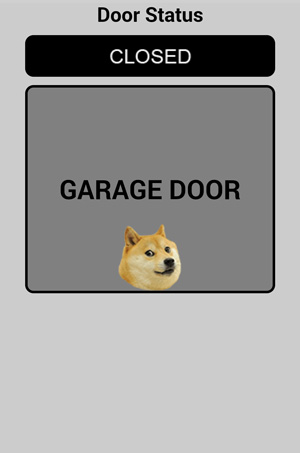 To get going, you’re going to need a Raspberry Pi, a plastic case, a 2-channel relay, magnetic switch, microSD card, some wire nuts and a few other odds and ends. After you’ve assembled the unit you can install and configure your Raspberry Pi powered opener to be accessed via a web interface. Initially, the code allows for the opener to be accessed on the local WiFi network only, but if you mess around with the settings a bit you’ll be able to open your garage door from virtually anywhere.

When it’s all said and done opening your garage door should look like this:

Pretty awesome, right? Head here to check out Driscocity’s exhaustive and amazing guide and bring your garage into the 21st century.

Plex Arrives in Asia and Europe for PS4 and PS3, But You’ll Need A Plex Pass to Use it

If you've got a ton of media on your computer and need to get it over to your TV, you've...