We’ve been patiently awaiting the arrival of the NVIDIA Shield and now we finally have our hands on the portable gaming device. The NVIDIA Shield features the latest Tegra 4 SoC, offering up insane performance across the board, but that’s not all. The Shield is full of tricks, and this just might be the go-to gift for the gamers out there looking for a handheld device.

Not only does the NVIDIA Shield combine a full-sized gaming controller to a 5 inch touch screen, but it also features a stock Android experience and the ability to stream PC games directly the device. The product may be very niche, but it’s also one of the most interesting Android devices we’ve ever seen.

In this review, we’ll put the NVIDIA Shield through its paces and see if this is a device that will change the way people game. Read on!

NVIDIA's Shield is the creation of what the company knows best: Gaming. This shouldn't come as a surprise to anyone, as NVIDIA has been inside gaming computers for a long time, and has long proven it's ability to push graphics to the next level.

The Shield ships with a full-sized gaming controller attached to a foldable, 5-inch 720P Retinal multitouch display. You can use the joysticks and D-Pad to navigate through the stock Android build, or just tap your way through on the display. From our experience, it seems that the touchscreen is best used for simple and quick operations rather than hold it as you would any other touchscreen device. Plus, it looks a little awkward.

On the back of the display is where you'll find the "Shield" of the device - a metal accent piece that's held in place by magnets. NVIDIA will be offering up customized plates for this particular piece to make the device a little more personal.

The controller itself is going to make a lot of people happy. It's essentially a Xbox controller that features any and every button that you'd want, including triggers on the shoulders of the device. You'll also have 5 buttons in the center of the controller for volume control, back and home Android buttons, start/pause button for games, and a larger button with the NVIDIA logo on it. This button is the power button, but also launches the customized game library for supported Shield games. The button is also illuminated to give off a nice green glow that pulses when the Shield is on standby. 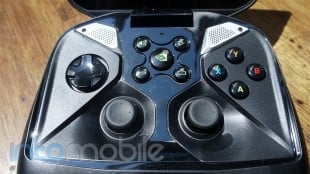 Above the buttons on the controller are a set of stereo speakers that are wonderfully loud and crisp. These speakers easily make the gaming experience on the Shield much more immersive.

On the back of the Shield, you'll find a healthy assortment of ports. 3.5mm headphone jack, microSD card slot, mini-HDMI, and Micro USB ports can all be found here, allowing you to expand the 16GB of built-in memory and connect your Shield to your HDTV for playing games on the big screen.

While it's not a deal breaker, we do wish that the Shield shipped with a camera of some sort, even if was just a VGA shooter above the display.

Inside the Shield is where the party's at. The Shield is one of the first products to ship with the NVIDIA Tegra 4, making it one of the most powerful mobile devices around.

While many Android games have controller support, it's a different experience to have the screen attached to the controller -- in a very good way. I found myself playing games I liked but usually avoided due to the odd touchscreen controls. Games like Dead Trigger are insanely fun on the Shield.

The design of the Shield is an interesting one. It's not necessary a sleek looking device, but we have our doubts that aesthetics were as much of a priority than function was. Still, the Shield isn't a bad looking device, as its it's green on black accents on the front of the device scream NVIDIA.

To be honest, we have our doubts that those who purchase the Shield will really care how the device looks. The capabilities of what the handheld can do alone are likely enough to be sold on it if you're a hardcore gamer, and we'd say the design is fitting for such a device. It looks like a machine, and to the gamers out there, that's exactly what it is. 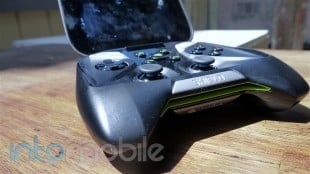 If there's one word to describe the build quality of the Shield, it would be solid. The device feels absolutely solid in your hands, which is pretty great given that you'll be squeezing the hell out of the thing when dispatching zombies or racing your jet ski on games like Riptide GP2. The buttons, triggers, joysticks and D-Pad all have a great, high quality feel to them. The joysticks on the controller are incredibly precise, making it much easier to go a long distance (or what have you, depending on the game) without moving the joystick too much.

The Shield also has a great weighty feel to it. At almost 1.8 pounds, the Shield feels pretty heavy, but I personally think it just helps the overall quality feel. 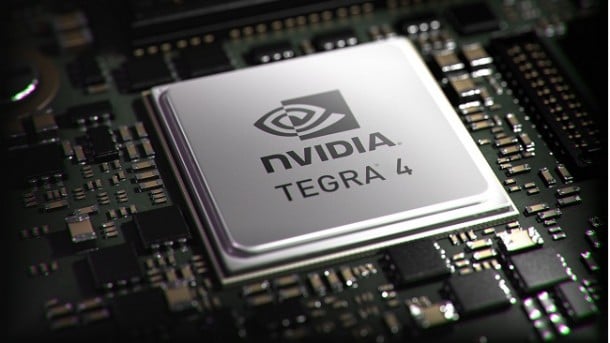 While we like the NVIDIA Shield a lot, what makes it even better is the presence of the Tegra 4 -- the company's latest SoC that shows a significant performance boost over the Tegra 3.

The Tegra 4 features a 1.9GHz quad-core processor, with its own battery saving core that handles a good chunk of lightweight tasks, along with a whopping 72 core GPU. The Tegra 4 is a beast of a SoC that can tear through the meanest of tasks with ease. The Shield tore through every benchmark we through at it. Take a look below to see how the Tegra 4 fared against the Galaxy S4's Exynos CPU and the HTC One's Snapdragon 600. The results are impressive. 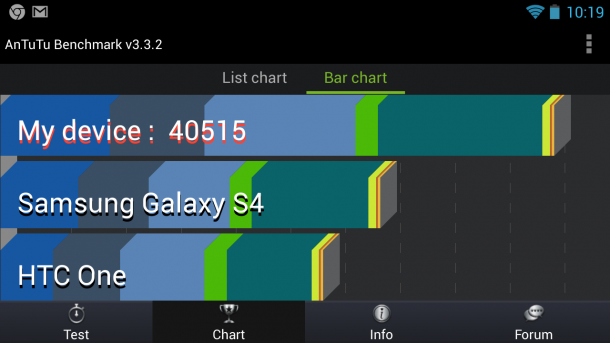 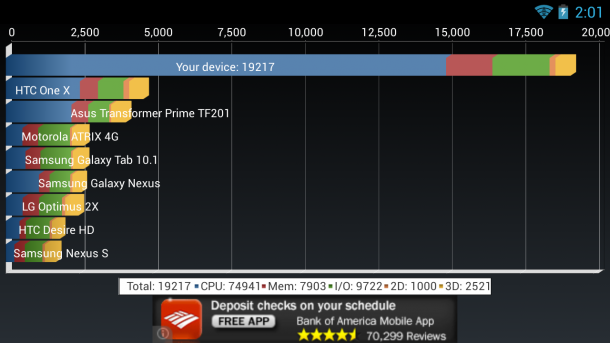 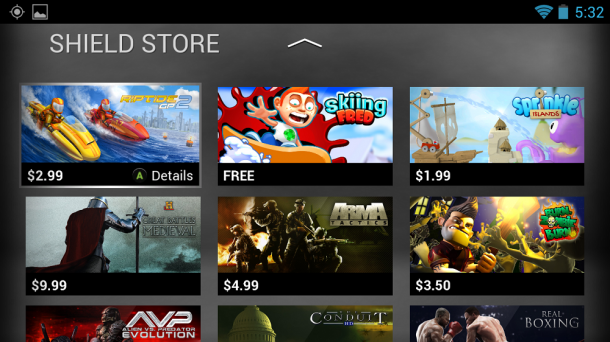 With the exception of the NVIDIA-made Shield game launcher and some pre-installed applications, the software on the Shield is your stock Android affair. Running on Android 4.2.1, the Shield offers up the same experience you'd find on a Nexus 7.

The NVIDIA Shield comes with two games pre-installed - Sonic 4 Episode II THD and Expendable: Rearmed. Of course, there are a ton of games that are compatible with the Shield already and optimized for the Tegra 4, so your selection of playable games is rather large right out of the gate. If you need help finding some of the best games for your new handheld, then Tegra Zone is pre-installed, which showcases the best games for NVIDIA's Tegra SoC.

The Shield button in the center of the controller will open up your library of Shield games in a simple and slick UI. You can also access the Shield Store from here, which will kick you out to the Google Play Store to finalize your purchases.

The latest software, which will the same version that ships on retail units adds a handful of new tweaks to make the experience better. For instance, the latest OTA enables "full screen mode" for standard Android apps. This mode also allows applications like Netflix to be viewed in full screen mode without having the notification window viewable. Other tweaks, like applications that only allow portrait mode are viewable in the Google Play Store. While the Shield was clearly made with the landscape view in mind, the addition or portrait applications can't hurt. 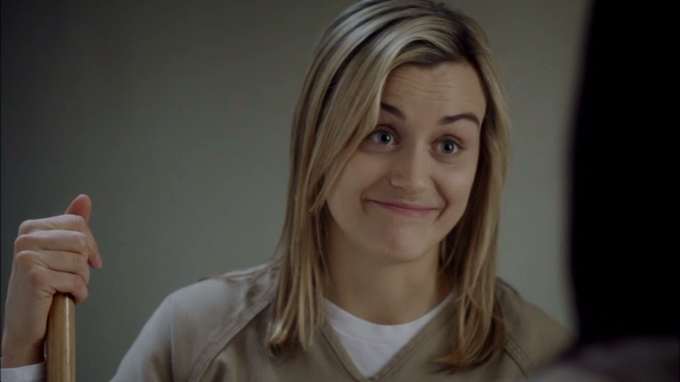 There are already over 100 games that can take advantage of the NVIDIA Shield's controllers, along with some great applications. One such application is the AR FreeFlight app for the AR Drone 2.0. You can easily navigate the drone with the Shield's joysticks, which is a rather significant step up from the normal touchscreen controls. 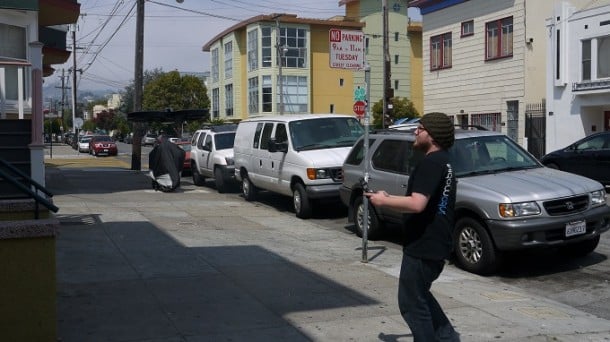 Of course, the number one reason that makes the Shield so very unique is its ability to stream Steam games, and you'll also find this option in the Shield menu. 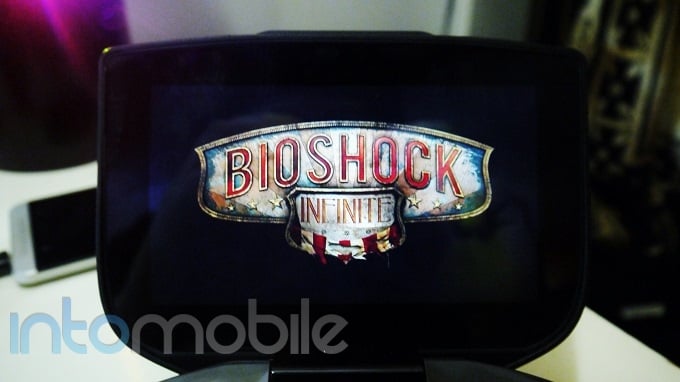 The PC streaming feature on the NVIDIA Shield is seriously a game changing one. While many might want to play their intensive games on a PC, the idea that you don't have to is certainly an interesting one. If your PC is equipped with a NVIDIA GTX 650 or higher, the Shield is going to be your new best friend. Of course, one should keep in mind that this is a beta feature, and you'll want to stick with supported games only in the beginning. Some older games just don't work properly, if at all.

I fired up BioShock Infinite, and it was an awesome experience. The graphics are fluid and I experienced no issues whatsoever getting rid of baddies in the game. The only issue I had run into during testing was that sound sometimes cut out from the Shield during gameplay for a short time, but this only happened once.

Streaming PC games is pretty awesome and is really the defining feature of the Shield. 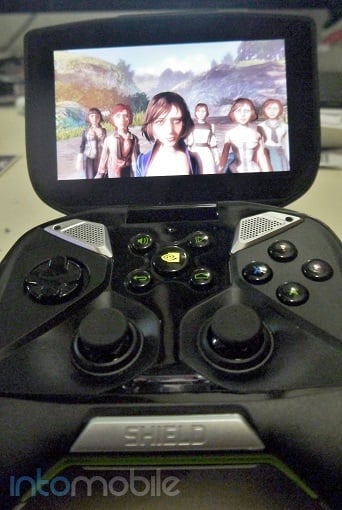 Battery life on the Shield is pretty great, and given how intensive some of the games you'll be playing on the Shield are, it's a necessity. Powered by a 28.8 Watt Hour battery, the Shield promises hours of gaming and video streaming. In our testing, the  Shield performed pretty darn good and kept kicking over two solid days with a 15 minute charge here and there. And thanks to the standard micro USB port, you won't have to deal with proprietary adapters to get your charge on. 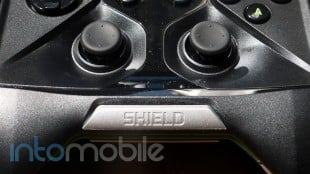 The Shield is quite an interesting device. It's easily one of the most unique Android devices we've seen before, offering up a great gaming and media experience in a play-ready form factor. The benefits of the device only get better with the GTX PC graphics card for streaming Steam games, and the Tegra 4 is one hell of a beast. Users have access to many of games that are already compatible with the Shield, along with tons of applications in the Google Play Store.

That said, it's clear that the NVIDIA Shield is a niche device, directly aimed towards gamers. We have our doubts that someone just looking for a tablet would opt for the Shield, even at its lower price point than the likes of the Galaxy Note 10.1 and Xperia Tablet Z. But then again, NVIDIA doesn't look to be chasing the tablet market with the Shield at all. It's a device that makes some of the best touchscreen games even better with its built-in controller. I personally found myself playing a lot of games that I normally wouldn't because of the controller, and I don't think the experience could be much better.

The NVIDIA Shield is a great device for gamers and has a lot going for it. Other handheld consoles like the Vita lack a decent application ecosystem and such quality controls. The Shield gives you both.

If you're looking for a handheld gaming device that not only allows you to download Android games, but stream your own PC games, then look into the Shield. There's nothing else like it.