The Sony Ericsson Xperia Mini Pro is a follow-up on an interesting little handset that launched last year. It was a lower-end phone with a tiny 2.5-inch screen with a slide-out landscape keyboard. Usually, anything with a QWERTY keyboard and smaller screen you’ll see in a portrait orientation, a la BlackBerry, but the Mini Pro held a lot of charm for breaking that norm.

The phone is now back with a few significant specification upgrades, like a sharper, bigger screen and faster processor. It’s still cute, and the keyboard is remains surprisingly usable, but does it stand out as a realistic option in a sea of more traditionally-minded smartphones?

The overall layout and style has changed very little from the last Xperia Mini Pro - it's still a little on the chubby side, while remaining small enough to be pocketable. The screen, as small as it may be, is reasonably sharp at 320 x 480, and fully responsive thanks to the upgraded 1 GHz processor and 512 MB of RAM.

I'm a big fan of the form factor, partly because of its originality, but mostly because it works perfectly well. Generally, landscape sliders try to get the big screen on there too, but I appreciate a phone that manages to stay small while still offering a decently-sized screen and a roomy, full keyboard. At first, I wasn't happy to see that Sony Ericsson had ditched the cool sickle-shaped row of navigation keys, but the new capacitive menu and back buttons help keep a seamless front face, while the home button remains raised and visible for easy access.

The lines are still sharp and curved, so there's not massive change in style there. The matte keyboard and battery door provide a nice amount of grip. Though the chrome border looks flashy, I always worry about it chipping and eventually leading it to look cheap and worn. My one design niggle would be the cover for the microUSB slot on the top. After clipping my nails, the thing was practically impossible to pry open, eventually leading me to unwisely seek the aid of pointy tools. The battery door is a little bit tricky to get open too, but not to quite the same extent. 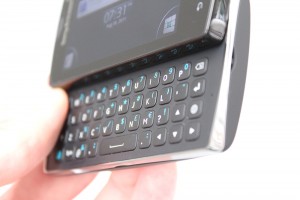 Using the keyboard on a daily basis felt great. The keys have a nice click to them, and the matte finish provides important grip on all the keys. Everything is well-spaced, so there's basically zero mistyping. It's always a little tricky remembering where are the miscellaneous symbol keys are positioned, especially if you're used to a different layout, but I could see myself getting used to it all pretty quickly. I'm a particular fan of the new up and down directional keys for those times when a fat finger is just too much for such a tiny screen, though I'm sure they could find a better use for the globe key used to switch languages.

Aside from the keyboard, the spring has a good amount of kick to it, feels solid enough to handle the test of time. The screen handled a full week in my pocket with keys and change without any scratches, and even directly taking a penny to it didn't do a thing.

The 5 megapixel camera on the Xperia Mini Pro is still particularly excellent at close-ups. There are lots of options for different scene modes (which can be automatically detected and activated), exposure value, white balance, metering, image stabilization, smile detection, and lots more. Those options can be elegantly hidden and shown within the camera UI with swipes from either side. The shot-to-shot time on the Xperia Mini Pro is very snappy (under a second). Low-light performance is less awesome, even with the LED flash, and I found video to be washed out.  There's a forward-facing shooter on there too, if video calling is your thing.

On the whole, I'm happy with the camera on the Xperia Mini Pro, and would recommend it to any shutterbugs out there if it weren't for the shoddy performance in video and low-light. Still, Sony Ericsson's camera handling has definitely come a long ways since the Xperia X10. 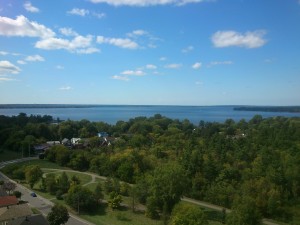 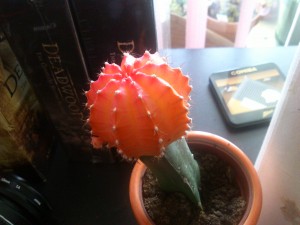 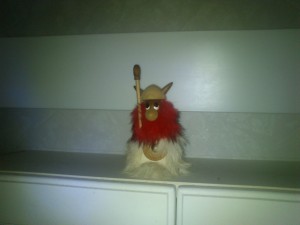 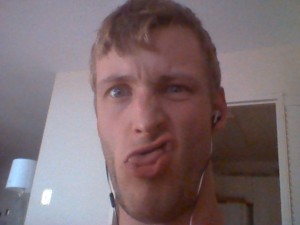 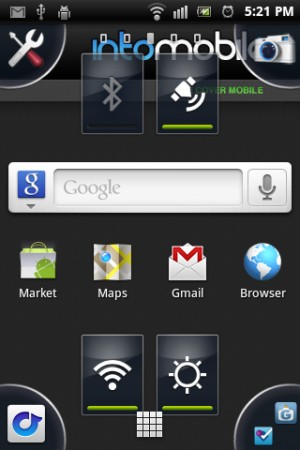 The Xperia Mini Pro is running Android 2.3 Gingerbread, with a variety of smart customizations from Sony Ericsson. Their last big update included a lot of Facebook hooks, including Like buttons in the media player, birthday reminders built right into the native calendar, and Facebook photo albums populated in the gallery app. I'm still not a huge fan of the Infinite button, which houses outgoing links to various web searches related to the content you're checking out. Hopefully it'll eventually get phased out just like Sony Ericsson's custom gallery, Mediascape.

As with all Android phones, the Mini Pro plugs into Google services at every turn, including Gmail, Calendar, Contacts, YouTube, Docs, Reader, Picasa, and lots of others. Even coming from a BlackBerry, I found e-mail delivery to be pretty much instantaneous, and the only thing I found I was really missing were very specific shortcuts, like marking e-mails prior to a certain period open, or jumping to the last unread e-mail.

Sony Ericsson also includes their long-standing Timescape application, which conglomerates social updates from a variety of sources. I'm actually a fan of it for just casual flipping through what's going on in my social circles without having to drill into a big dedicated app. Timescape is actually smart enough to stay hands-off from any detailed replying or tweeting, and instead leaves it up to web and links for when you want to get a closer look at an update. In my experience, social networking apps aren't the forte of manufacturers. 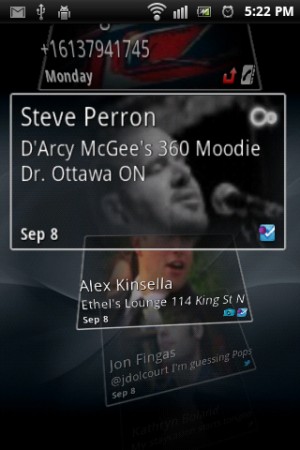 Timescape has been out for long enough now that there's actually a decent selection of plug-ins available which can add feeds beyond the default Facebook and Twitter, like Foursquare, Google Reader, and Picasa. All of those are found in a tidy little corner of the Android Market dedicated to Sony Ericsson apps. That includes anything to work with their LiveView watch accessory, and any of their gaming partners if you're visiting on the Xperia Play. This is all on top of Android's already-excellent app selection, which is second only to iPhone (and even then, you'll find more free apps on Android).

I really appreciate some of the smaller tweaks Sony Ericsson has made to Android. For one, you can sort the application list any way you want, including by most used or the most recently used. The way you can group types of apps into the four corner bubbles as well as overlay widgets on top of those bubbles if you need extra space on a given home screen is a great alternative to boring old folders. 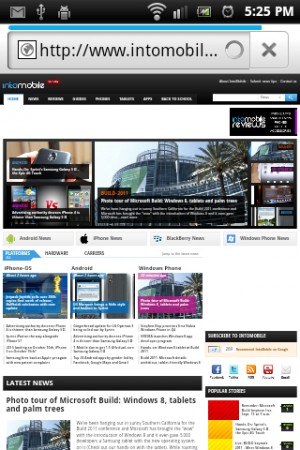 The screen size is a bit of a damper, but the display resolution is sharp enough to keep websites readable, and the phone's performance is smooth enough to pan and zoom without a hitch. Flash support is great in the browser. So good in fact, that I was able to beat my high score of 18,300 in Vector Runner using the keyboard.

Unfortunately, the game didn't seem to respond to touch, but I think that's a problem you'll find everywhere on mobile when it comes to mobile Flash - these are all experiences built for a mouse and keyboard, so if you're looking for utility beyond streaming video, you're probably asking for too much. BrowserMark gave the Xperia Mini Pro a score of 43090 when testing JavaScript and HTML rendering (by comparison, the BlackBerry Torch 9850 got 50130). 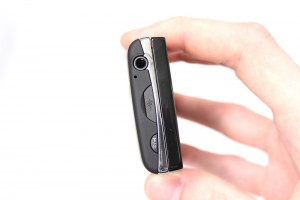 The screen is a bit bigger than the original Mini Pro at 3 inches, and the noticeably improved 480 x 320 resolution plus faster processor makes this phone a solid choice for casual media viewing. Sony Ericsson makes a lot of noise about their phones using the "Bravia Engine", but I really can't see any difference with the option turned on or off. Can't blame them for wanting to leverage Sony's other properties, though.

Of course, the size limits the display's utility for watching anything longer than a few minutes, but I've never been one to watch full movies or TV shows on my phone anyway. That being said, Sony Ericsson has launched a movie rental service called Qriocity, which, though a potentially appealing option for something like the Xperia Arc, isn't something I could see myself spending a lot of money on with a Mini Pro. At least there's DLNA capabilities here, so you can easily access locally-stored video files on your TV over the Wi-Fi network.

The biggest downer on the multimedia front is that most headphones with in-line microphones are not supported. I tried three different sets, and they all returned an "accessory not supported" message, leaving you stranded with the mediocre headset that comes in the box. For me, this is a bit of a dealbreaker. My phone is typically my day-to-day media player, and if I can't wear my personal headphones, I'll shop around for another phone. At very least, my usual headset would work if I pulled them out of the jack just so, but that's an impractical balance to have to keep all the time.

Battery life was my biggest complaint about the old Xperia X10 Mini Pro, but I'm happy to report that with screen brightness on lowest and GPS and e-mail sync on, I didn't have trouble getting through a full day on a single charge with the new Mini Pro. The battery has been bumped up to 1200 mAh from 930, so that was a good start.

I found my coverage spotty during my week with the Mini Pro, but I would just as soon attribute that to poor weather and Rogers before the phone itself. Besides that, the Mini Pro handled calls well enough. I found the top edge of the phone would dig into my ear being as sharp as it is, but the sound quality itself was acceptable.

The physical keyboard on the Sony Ericsson Xperia Mini Pro naturally lends itself to heavy messagers first, but I find the app selection, customizations by Sony Ericsson, and unique form factor make this phone a really well-rounded device. Sure, the screen size might not be as huge and sharp as some of the top-of-the-line handsets currently available, but I found it more than adequate for day-to-day use.

The camera still needs a few improvements, and Sony Ericsson really needs to fix the compatibility issue with headphones packing an in-line mic if they want to make nice with music lovers. One of the more attractive aspects of this phone is the price point. Rogers is selling it for $49.99 on a three-year contract, $274.99 with no strings attached. That off-contract price is very appealing, and given you get a generally solid, stable experience with the software, I'd love to see this phone available on the little guys like Wind Mobile and Mobilicity. 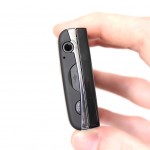 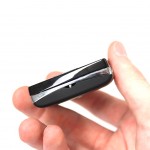 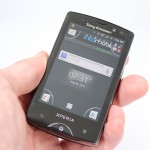 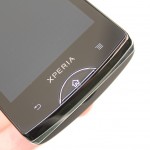 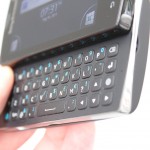 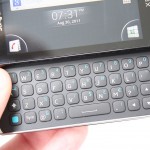 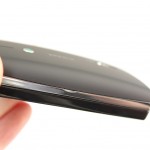 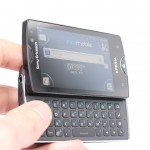 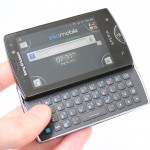 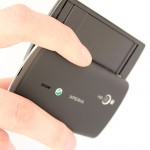 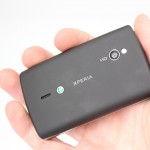 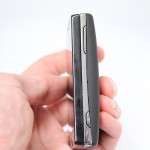 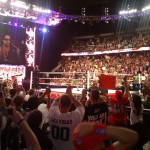 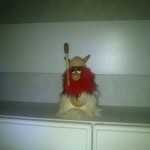 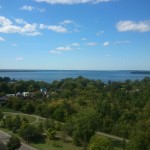 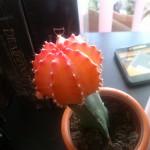 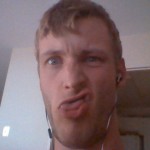 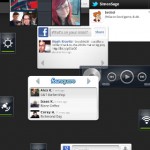 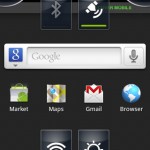 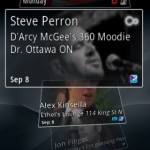 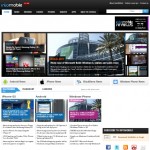