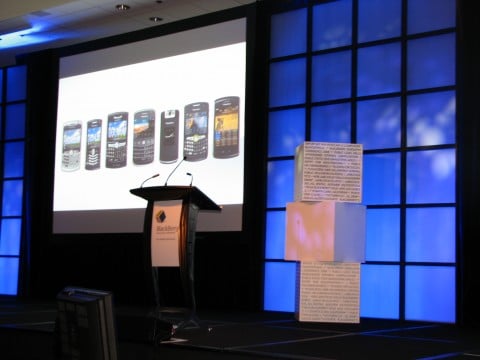 8:07 AM: Slideshow showing off RIM’s long, and sometimes confusing, history. They won an Emmy, eh? 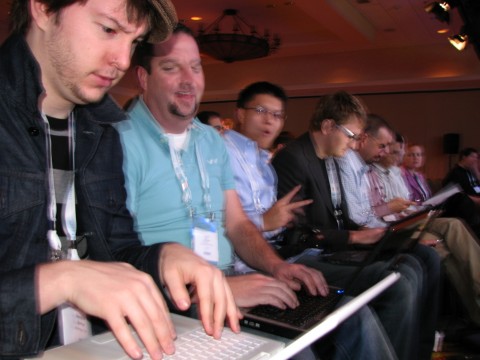 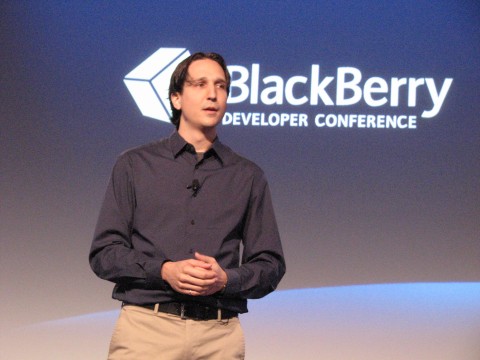 8:25: Tyler Lassard starting up the intro. Talking a lot about how much the developer community has grown, and how the conference will help RIM interface with them. Now a lil video about the inside of RIM and the early days of BlackBerry. 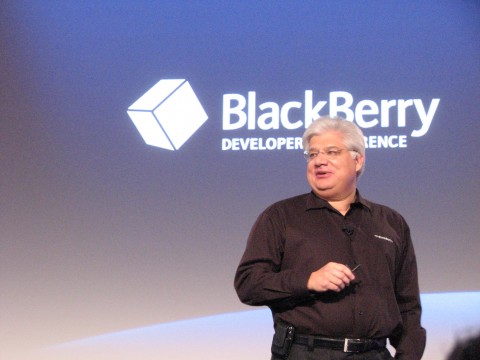 8:33: Mike Lazaridis now live and in person. A lot of reminiscing about the good ol’ days. “Fire, police, ambulance and dispatch was the killer app.” The importance of physics? Here’s a box, let’s think outside the box. You can’t optimize all four corners – there are limits, so you gotta find the right point in between. Developers have to find how to work in that impossible square. 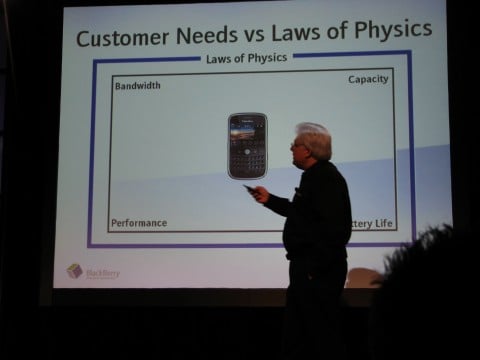 8:43: Enterprise first, then consumer. Why? Most disruptive technology comes from enterprise first. Wireless data is now coming to consumers, though.

8:47: Lots of new devices, but all of them are acceptable for enterprise, even though they are also targeted to consumer segments.

8:52: Mike’s now talking about them rocking the North American market (54% penetration) – new consumer space is just as much an opportunity for devs as it is for RIM.

Mikey finishes up, and invites developers to give constructive criticism. 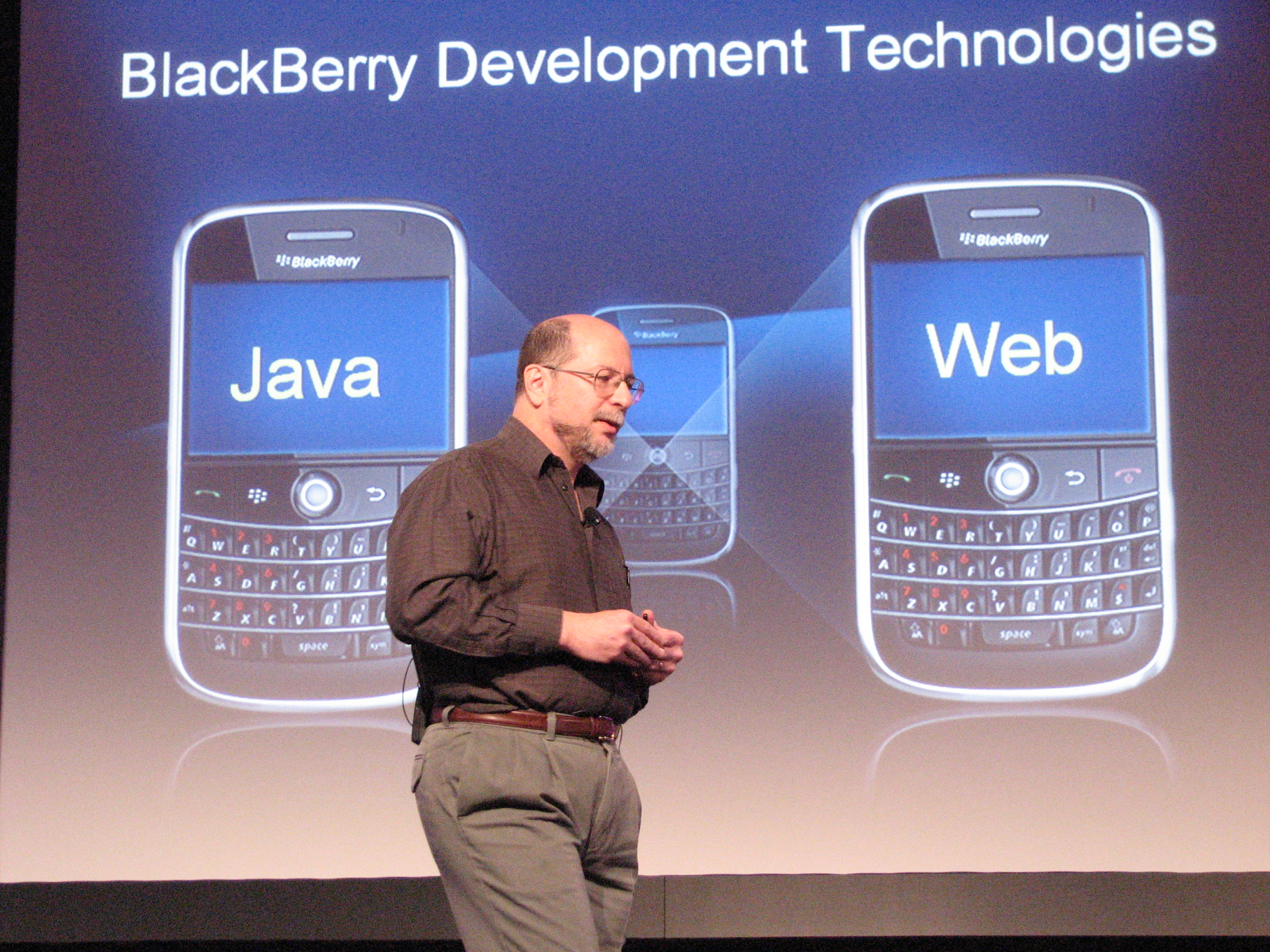 9:00: Alan Brenner, VP and general manager stepping up about the evolving needs of mobile users. Why does BlackBerry work so well? What APIs is RIM going to be dishing out soon?

9:06: The user is usually doing something else – the app has to be as painless and do as much of the work for the user as possible. You can’t just miniaturize desktop apps. Java is still their core, but they’re expanding to web and other languages. 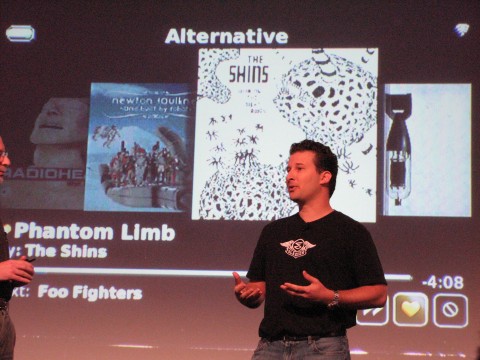 9:11: Daniel Baird and Patrick Markell from Slacker now showing us their mobile app… They announced a partnership with RIM awhile back. Kind of like Pandora, or Nutsie. Just showing what you can do with Java… I guess? Blech, syncs via USB. If it ain’t wireless, I ain’t interested.

Battery’s dead on the laptop! Updates and pics after the keynote!

Ah, let’s try BlackBerry boggin’ . SQLite and Gears web app support. Applause all around. I’m sure I’d be happy if I knew what they were.
And Web Signals… New? AccuWeather will demonstrate.