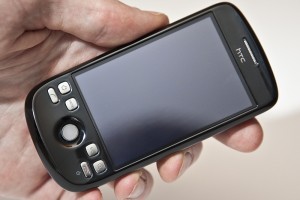 If I had to place the HTC Magic somewhere on the useful/cool spectrum, it would be between the iPhone and BlackBerry, leaning towards the prior. The user interface is smooth, new, and polished compared to BlackBerry’s snappy, efficient, blocky interface, but is not quite as slick as the iPhone (though very close). In the long run, I think the Android platform will have greater appeal to developers who are either frustrated with BlackBerry’s limits or who are getting shouldered out of a crowded iPhone app market. That being said, the only other handset really inhabiting the same space is the Palm Pre, where I think Android will encounter the fiercest competition.

There’s one big reason the HTC Magic won’t be replacing my BlackBerry: the experience isn’t complete yet. Android is still a work in progress with a lot more Google services to add, developer APIs to include, and features to squeeze in. This is situation is simultaneously disappointing as well as exciting, since those who are on board 100% are seeing a lot of change and improvements as the platform takes shape, while those just casually picking one up may be disappointed if they don’t appreciate the rate of change the platform is undergoing. The iPhone’s recent OS 3.0 release perfectly illustrates how long it takes for a smartphone to really get up to speed and be ready to throw punches with the big boys. I think the HTC Magic is a fine indicator of the progress Google has made since the G1, and if it can keep up this respectable clip, Android will be competing with the major platforms in no time. For now, the HTC Magic gets three and a half out of five, which would have been a four if things like copy and paste in e-mail and Bluetooth file transfer were intact. If a few more of my favourite Google services were integrated (like Panoramio with the camera app and Google Reader) and the Canadian Android Market had premium apps, the Magic would be in the four and a half out of five range.

HTC Magic taking pictures in at night while moving