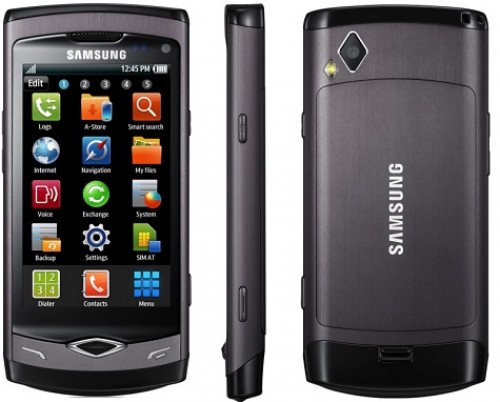 During Mobile World Congress last month, Samsung unveiled its first Bada device, the Wave. Nearly a month later, Samsung has announced the device, and it will be the world’s first mobile phone to be DivX Certified for HD video playback at 720p.

While not necessarily “highly anticipated,” bada has been receivedrather well. In essence, bada is just a more-powerful TouchWiz. While some may love TouchWiz, it’s not really a high functioning operating system because you’re pretty much stuck with very simple widgets. Bada takes it many steps further, increasing functionality and customization.

In case you can’t remember a month back, the Wave sports a 3.3-inch super AMOLED display (800×480), 5-megapixel camera with LED flash, TouchWiz 3.0, Bluetooth 3.0, proximity sensor and digital compass. The device is quite highly equipped for a mid-ranged operating system, and there are no complaints here. Samsung is really betting big on bada, as they estimate to ship somewhere near 10 million Waves this year. That number sounds like a large target for a device that hasn’t actually launched yet, but ship doesn’t necessarily mean sell, either.

The big story here, however, is that the Wave is DivX Certified for high-definition video playback at 720p resolution, the world’s first handset to do so. Sure, there are many phones that support DivX, but none were actually certified. The ability to record and now play back HD video on your device is huge. It makes having an HD screen worth it just a little more. The testing that took place on the Wave to actually become DivX Certified for HD video must have been very strenuous, so that the experience is bound to be a solid one.

The best news to me, however, is that the next device in line to receive HD DivX certification is none other than the Galaxy S. Sorry Wave, I pass on you!

We've covered the details of Vlingo's SafeReader feature in its latest application update for BlackBerry, but why read when you...