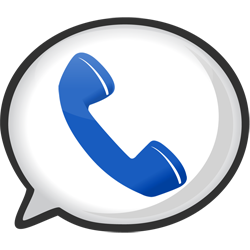 Wishing your your Motorola Xoom had some Google Voice lovin on it? Looks like Google is working on the application as we speak to make it more tablet friendly – or, should we say, more Android 3.0 Honeycomb OS friendly? Many people rely on Google Voice now, and a dedicated app is a must, so it’s good to see that Google is working to bring the popular app/service to the Xoom and its Honeycomb OS.

As it stands today, you can access your Google Voice account from the browser on your Android Honeycomb tablet, but you won’t receive notifications of new calls, text messages, or voicemails – that’s just how it goes when you don’t have access to a dedicated app. Another downside to using Google Voice from the browser that users have been reporting is that voicemail messages will not play. This makes you stuck reading the horribly, though often comical, translated text message.

The website-based GV interface may be a decent work around until the application is ready to go, but it’s certainly not as convenient as a self-contained app that can alert you to incoming messages.

We’re not sure that the existing application would even work if it was somehow pulled from a phone, and then sideloaded on the Xoom or another Android Honeycomb tablet. Either way, we doubt Google would be very happy about that, as they are rather protective about their own-branded applications. Still, having a confirmation that the application will be hitting the Android Market for Honeycomb users should be relief enough. Xoom users should be used to the waiting game, as the tablet is still waiting on Flash support.

For now, hopefully you have an Android phone or iPhone on hand to ease your Google Voice woes, and if not, the browser version of the service will just have to do.