Some of us were expecting Google to announce Android 4.3 at Google I/O this year, which unfortunately didn’t happen. But now, thanks to a user on the XDA forums, we have screenshots that show a possible Android 4.3 running on a Nexus 4. The shots come from a mobile expo that is currently taking place in Thailand.

The new build, dubbed JWR45B, looks an awful lot like it’s predecessor, Android 4.2.2, which leads us to believe that the newest version of Jelly Bean won’t be featuring any major design changes. The shots do show a redesigned camera interface, with the camera controls residing in the focus area rather than to the side of the screen.

The question still remains, when will Google announce Android 4.3? It may very well be June 10, when the white version of the Nexus 4 is rumored to be released in the Google Play Store. 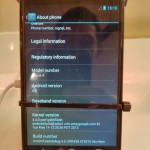 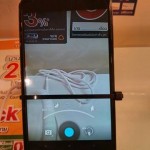 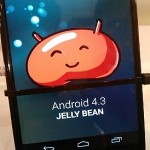 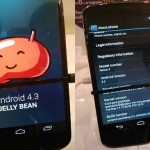 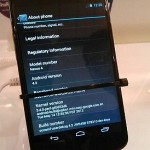 At the time Google unveiled the Samsung Galaxy S4 Google Edition, HTC rep tweeted from her personal account that we...